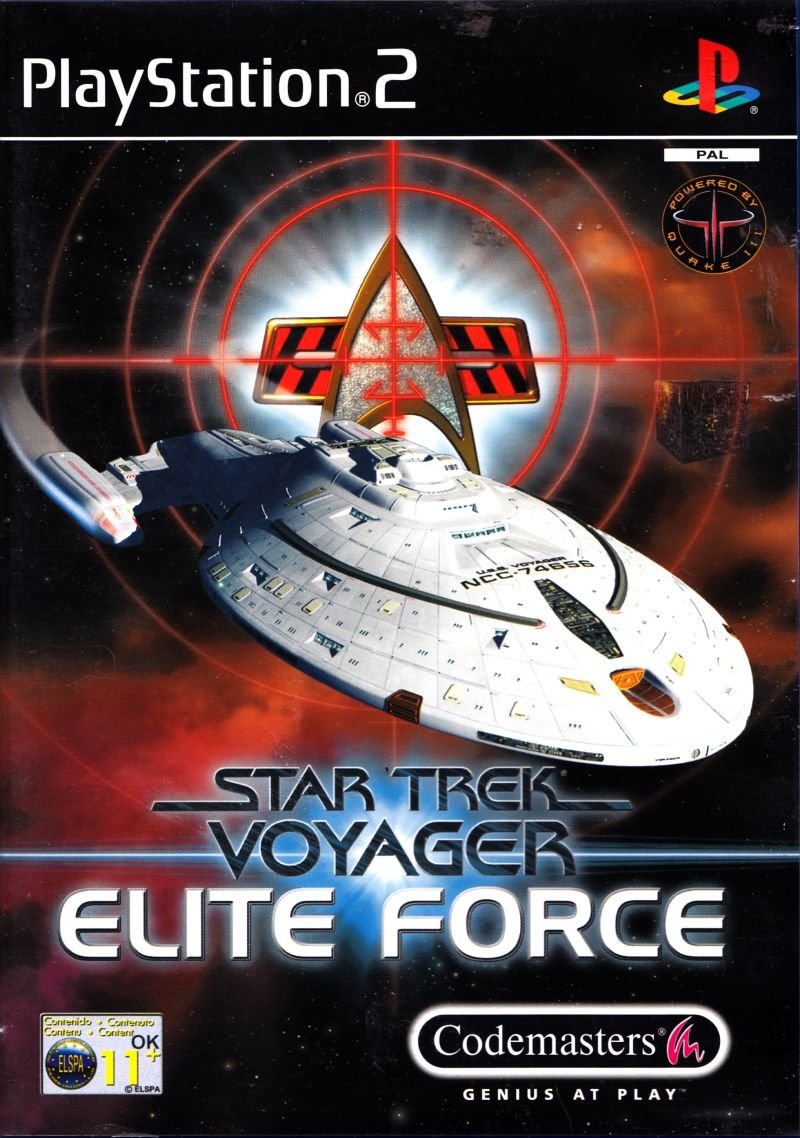 On its course to the Alpha Quadrant, the U.S.S. Voyager is attacked by an unknown ship and is transported to a graveyard of ships with a giant space station in the middle. The player is Ensign Alex Munro (male or female, according to the player's choice), second in command of the newly formed Hazard Team, an elite force of Voyager security personnel. It's up to the player and your team to find out why the Voyager was brought here and to find a way to escape. To do so, they will have to complete several missions on different ships and space stations.

Star Trek: Voyager - Elite Force is a first-person shooter that uses the Quake III engine. The different types of missions range from pure combat to stealth missions. The enemies include many well-known Star Trek races like the Borg or the Klingons, but also other alien races and creatures invented specifically for this game. All the weapons have a futuristic design, ranging from the low-damage hand phaser to stasis weapons and grenade launchers. The weapons either gradually recharge ammunition automatically, or require ammunition that can be collected from other weapons or terminals.

Though the player directly controls only Munroe, up to three teammates usually accompany him (or her) during the missions and fight the enemies, controlled by the AI. Scripted events and cutscenes often involve actions committed by these teammates. When not on a mission, Munroe can explore the space ship, talking to characters directly or overhearing their conversations with each other. A few decisions can be made by the player during the course of the game, which may influence the subsequent events.