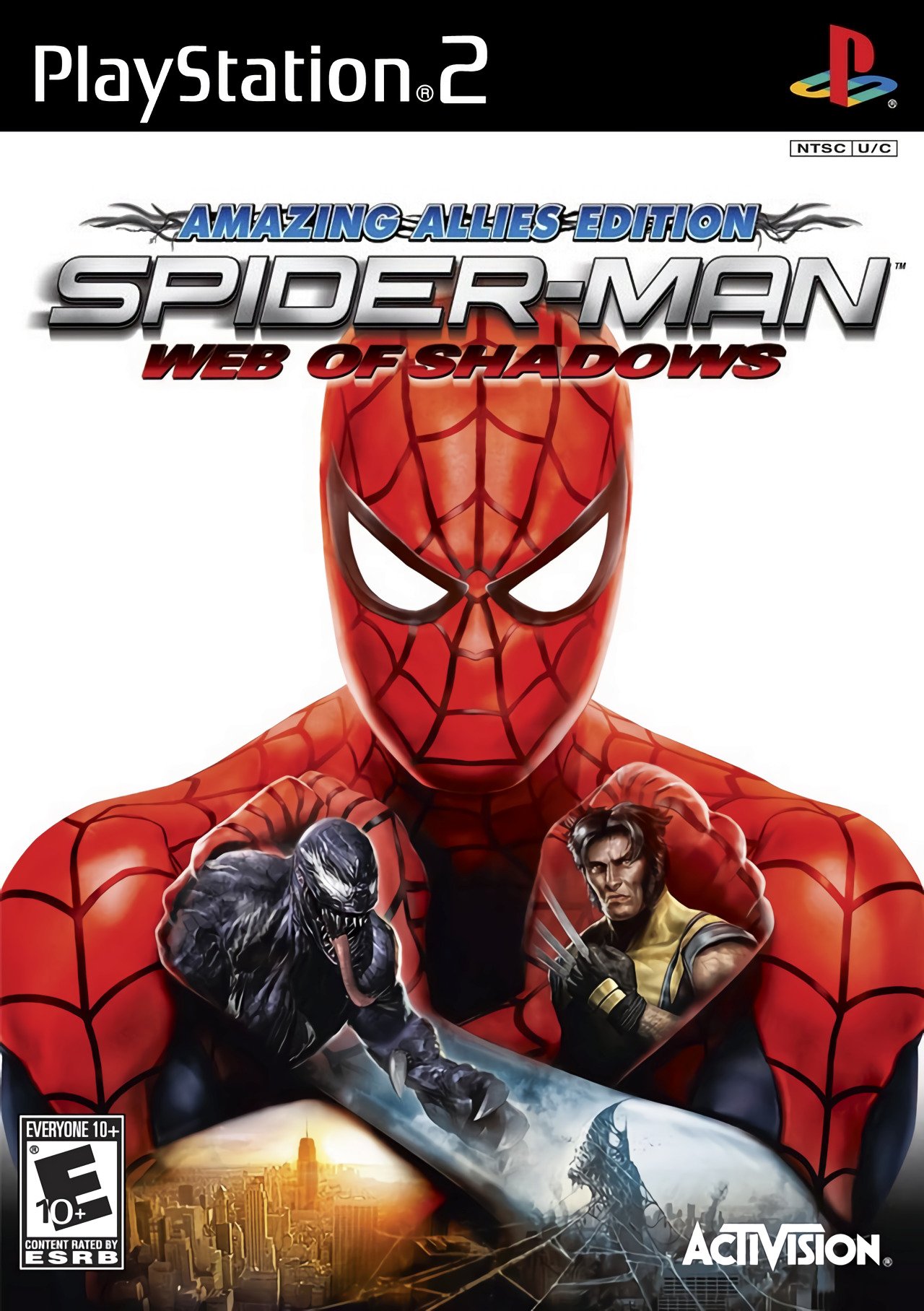 Spider-Man: Web of Shadows - Amazing Allies Edition is a 2D side-scroller with 3D graphics. The story is similar to the seventh-generation console versions. A break-off piece of Venom's symbiote begin infecting New Yorkers and it is up to Spider-Man to save the city. He can switch between the back and red suits at any time, which each have their own move set and abilities.

As Spider-Man defeats enemies, he is given skill points which can be used to purchased boosted stats and new moves. These are separate for each costume. In general, red focuses on agility and black on brutality. In order to purchase moves you must have not only the necessary points, but sufficient reputation. Throughout the game, you have conversations with other characters where you are given red, black or neutral choices. Answering red or black will build that suit's reputation, as will various other actions throughout the game.

You can take five power-ups into each level. These can be special abilities, such as temporary invincibility, or the eponymous allies. When summoned, they appear on screen and do their specific type of damage, then disappear. Allies are unlocked by beating bosses. The red suit unlocks hero allies like Luke Cage and Storm and the black suit unlocks villain allies like Galactus and Hobgoblin.

Set the emulator to Software Mode before starting the game to avoid freeze problems.