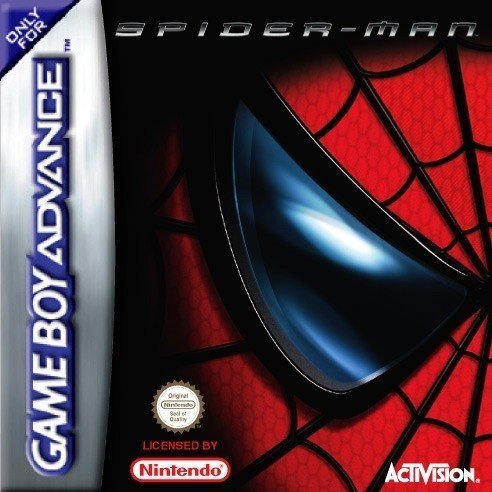 In 2002, a major motion picture based on the classic comic book co-created by Stan Lee was released. This conversion of the movie to the video game world is loosely based on the storyline and characters of the movie. The Green Goblin is the main villain here, and as Peter Parker the player must defy gravity using spider crawl and web-slinging abilities to track down Spidey's nemesis through the skyscrapers of New York City.

This version of Spider-Man is mostly a traditional side-scrolling platformer. The goals of the twelve main levels reach from simply reaching the end to rescuing civilians or disarming bombs. Those latter objectives are usually not on the main path and result in a time limit. Of course each level ends with a boss fight against a villain known from the comics. There are power-ups to collect, mostly upgrades to the web abilities, and photos to take: when reaching certain parts of the level, the game gives notice and the player quickly has to press the select button. This unlocks movie stills in a photo gallery.

There are also 3D bonus levels in which the camera is fixed behind Spidey's back as he swings through the city.