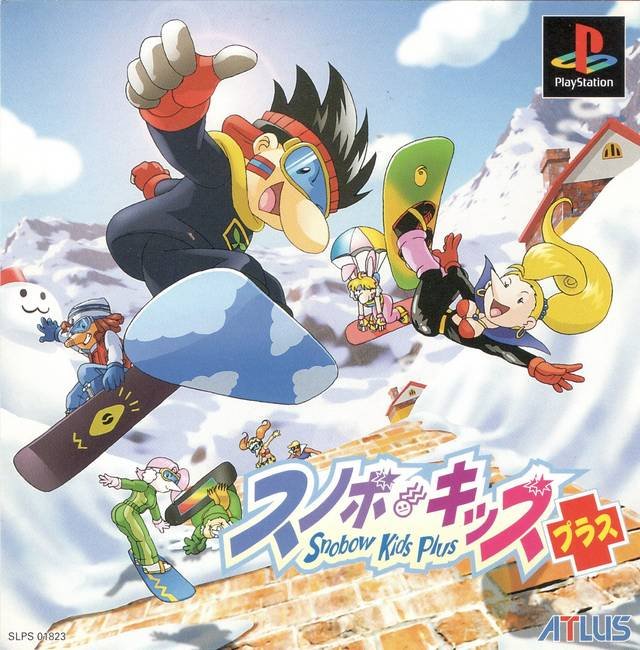 By Tanuki78 : September 4
Snowboard Kids, originally released in Japan as Snobow Kids, is a snowboarding video game for the Nintendo 64. It was developed by Racdym and published by Atlus. The game features 10-year-old children (excluding Linda, who is 11) who snowboard down various courses, not necessarily involving snow. Many reviewers compared its style to that of the Mario Kart series. Snowboard Kids supports the Rumble Pak.

The kids are arguing about their snowboarding skills. The debate escalates to the point where they decide to hold a snowboarding tournament to determine who is the best. One character, Shinobin, has no involvement whatsoever until he is unlocked by the player.

Snobow Kids Plus is an enhanced port of the N64 that was released in Japan only for the Sony Playstation.

The customation features (such as changing your board color) is back, but there are more options this time around. Now you can purchase different outfits (5 for each character) and change everyone's hair color. This goes a long way to let you mix up the otherwise same-old races. Did I mention there are two new board designs? Sweet!

The biggest addition, however, are the various skits in this game. Once you beat the final race (or start a new game), you are treated with a skit, a slideshow-like movie that shows what happens with the characters. This goes a long way to round out the characters and their personalities, and also gives you a good reason to continue playing (After all, those movies aren't going to unlock themselves!).