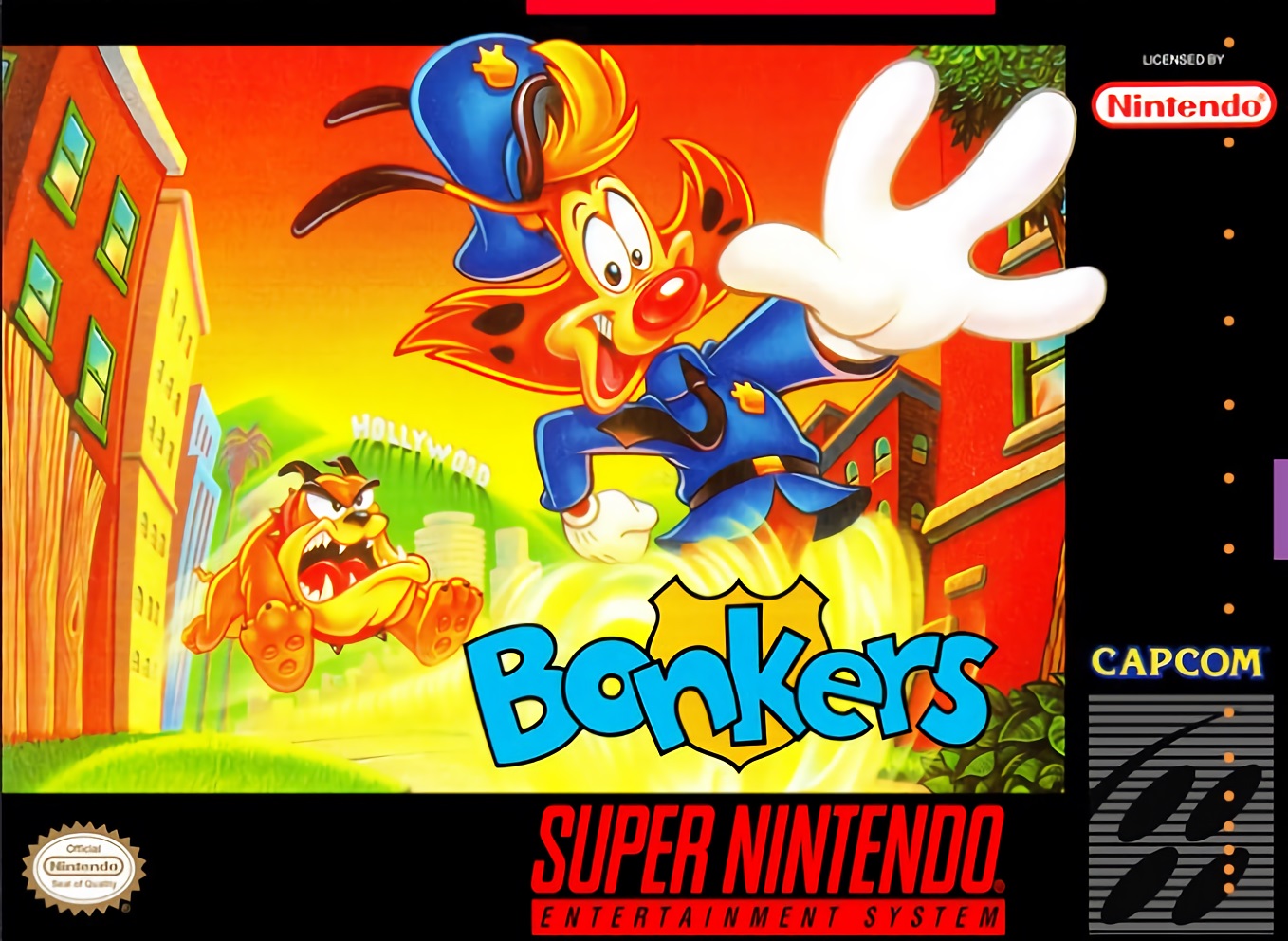 The game is based on the Disney TV show of the same name. Bonkers is a bob-cat police officer who lives in "toondom", a cartoony land where people co-exist with various creatures from cartoon movies.

One day, Bonkers and his partner Lucky hear about a shocking robbery: Hollywood's most valuable treasures - Sorcerer's Hat, Mermaid's Voice, and Magic Lamp - were stolen! Now it is up to Bonkers to capture the thieves and to take back the stolen treasures.

This is an action platform game. Bonkers can jump and dash, throwing enemies aside and even destroying some obstacles. Enemies can be killed by jumping on their heads. You can also collect various items such as bombs to throw at the enemies, cakes to refill your health, or hyper juice to make you dash continuously.

Besides the common license, this game is totally different from the Genesis game Bonkers.