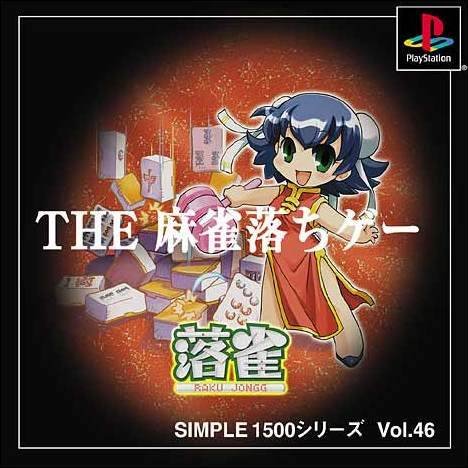 By Tanuki78 : January 13
Simple 1500 Series vol.046 - The Mahjong Ochige - Raku Jongg is mix between a mahjong (in the theme) and a tetris puzzle game.
The gameplay is about using the pieces that falls from the ceiling to combine them using the mahjong rules to make them dissapear and attack the opponent.

Game Mode:
- Story Mode: The goal is to win the price and finally got married with your girlfriend.
- Battle Mode: Play against the computer or a human opponent.
- Tournament Mode: Win a tournament
- Tutorial: Explanations about the game.
- Ranking: Show the ranking of the best players.