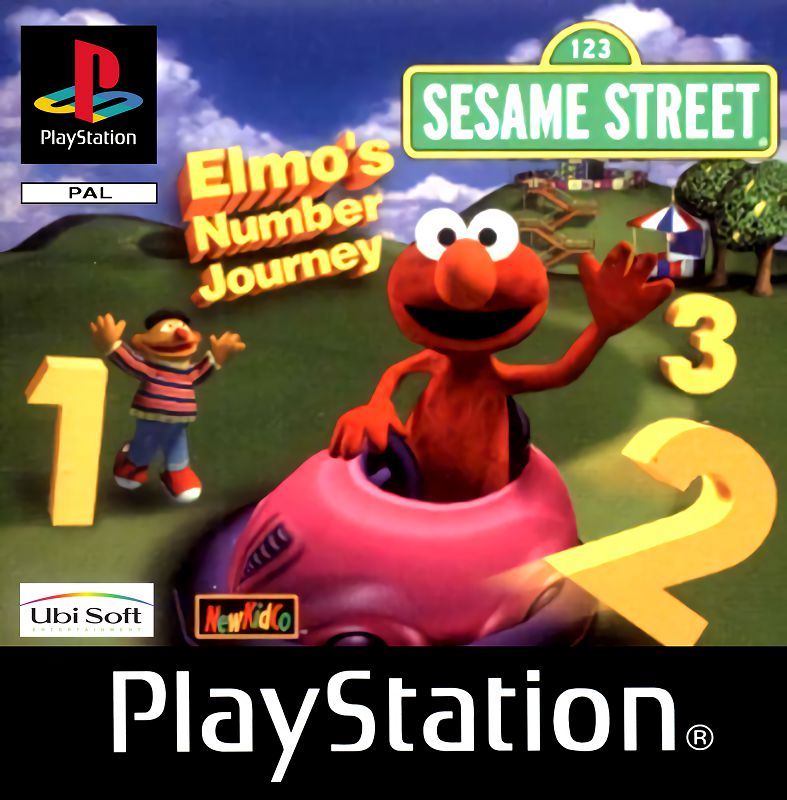 By TompouceGabriel : February 21, 2018
Sesame Street: Elmo's Number Journey is an educational 3D action-adventure that is designed to help children ages three to six with number recognition and basic addition and subtraction. This game is brought to you by Children's Television Workshop, the same company responsible for the PBS television series Sesame Street, the developer Realtime Associates Inc. and published by NewKidCo LLC. It was released almost simultaneously with Sesame Street: Elmo's Letter Adventure, also for the PlayStation, as well as two similar titles for the Nintendo 64 platform.

In Sesame Street: Elmo's Number Journey you assume the role of the cuddly red Muppet Elmo as you journey and explore three different fantasy worlds. These worlds are Cookie Monster's World, Count Von Count's Castle and Ernie's Carnival in the Park. You will begin your adventure on Sesame Street, where you will meet Sesame Street characters who invite you to visit their fantasy worlds to search for numbers and play games. Before you leave Sesame Street you can interact with the characters around you as well as visit Elmo's Room, where you can practice playing the game. While in Elmo's Room you can also view the game's credits and watch preview videos from Sony Wonder (by pressing the "down" directional button).

Each of the three fantasy worlds you will travel to consist of two different game environments and a bonus world. Once you have acquired the correct amount of numbers required to pass through each fantasy world you will be instantly transported to the bonus world where you will be challenged to solve simple addition and subtraction problems.

Throughout the game you will receive both verbal guidance from Sesame Street characters as well as the guidance of a special onscreen controller that will prompt you on what buttons on the controller need to be used.

Sesame Street: Elmo's Number Journey does not require the use of a memory card. The game's three levels of difficulty (Easy, Medium and Hard) can be accessed and changed at any time while playing.