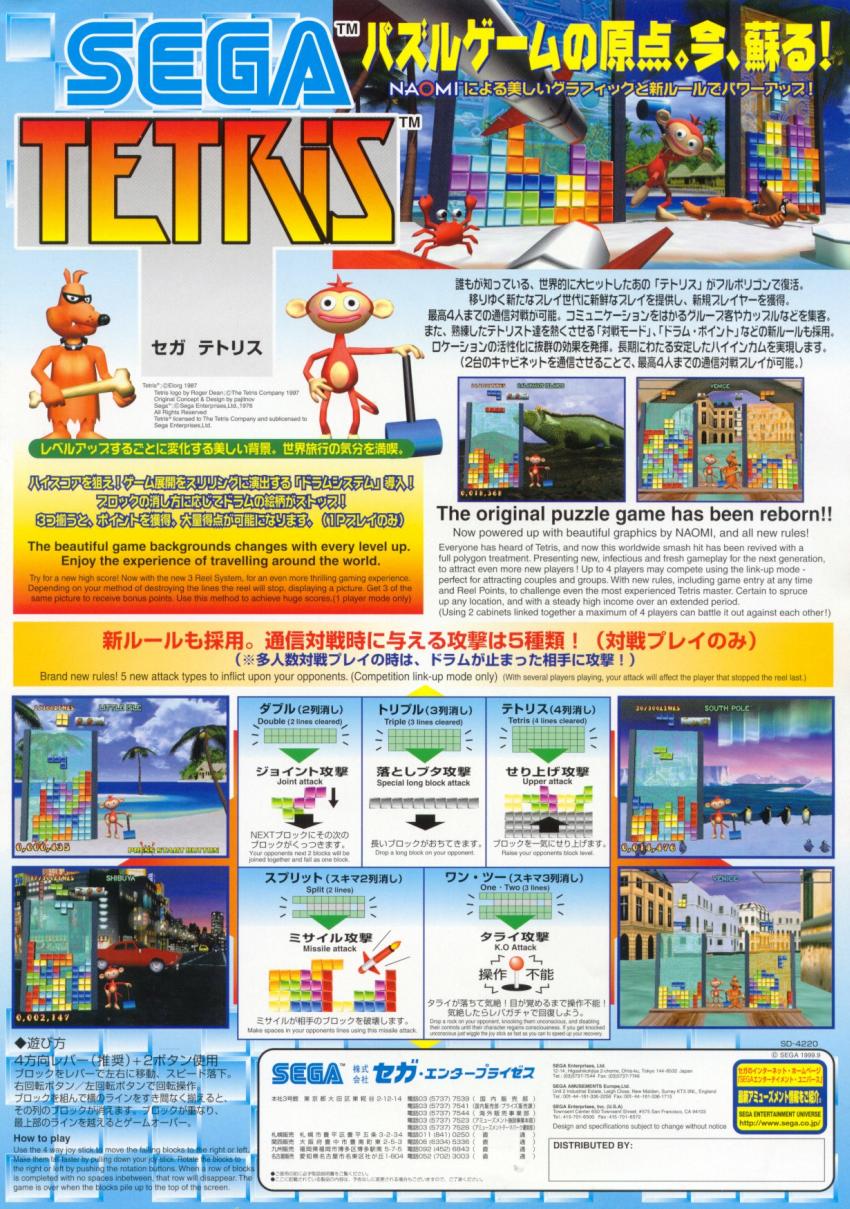 Sega's 1988 Arcade version of Tetris was the version that took Japanese arcades by storm, becoming one of the most commonly known versions of the game. Due to its popularity, it became the base of rules for many other Japanese games created later on, both licensed and unlicensed. Such games include the TGM series, Tetris Plus series, Shimizu Tetris and, to less extent, DTET. It was one of the first games to instate lock delay, improving maneuverability greatly at high speeds compared to games which did not have the feature.