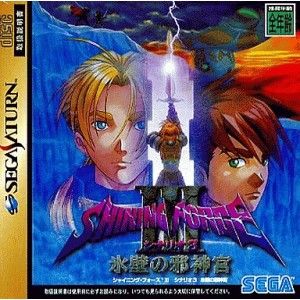 This is the third and final game from the Shining Force III trilogy. In it, you take the role of a young mercenary called Julian accompanying a mysterious boy called Gracia, trying to bring peace to the world. It follows on in exactly the same strategical RPG vein as the previous games in the series.

During the game, the plot from the previous two scenarios is unraveled and in the final chapter, all 3 forces join together to fight the final battle against an Evil god trying to rise again.