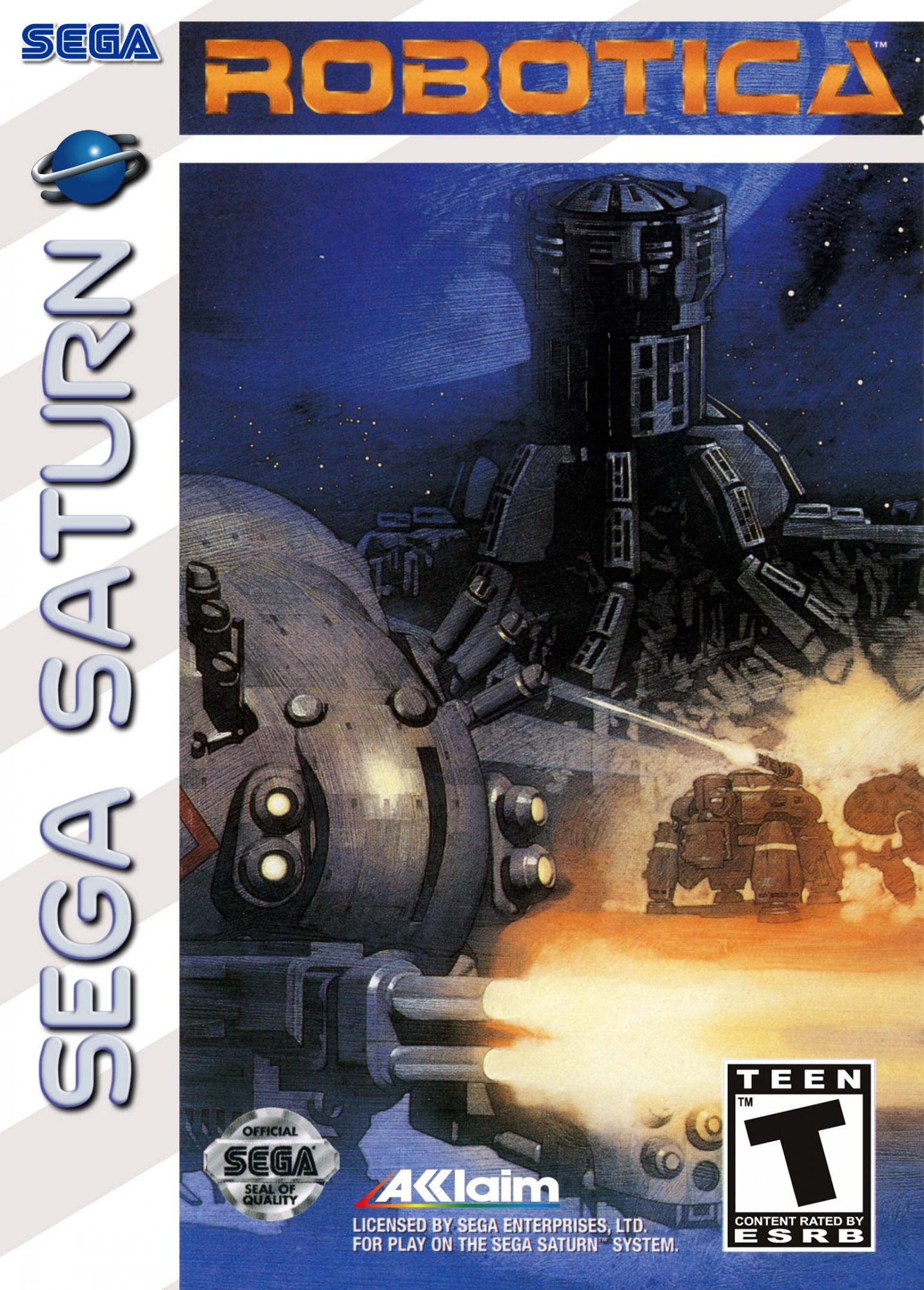 By GambierBae : March 11, 2020
Robotica was the first, first-person shooter for the platform and a first generation game for the console. It is somewhat similar to Space Hulk, only that the player takes the role of a machine that rebels against the robots to save mankind. The weapons include a punch, Vulcan gun, Missiles, and Lasers. The main environment is made up of various hallways. The player runs through the various stages collecting keys, using computers, and triggering lights. The enemies are relatively basic but are dangerous in numbers.

The game is set in 2877, 800 years after the world's peacekeeping unions have collapsed. They are replaced with World Silent Security Service, a global world order to maintain the security on earth and in space. However, over time the role of the order is questioned, and the Reformist Faction rebel group sends three pilots in Laocorn assault robots to the WSSS' space station Daedalus in earth's orbit. Two are immediately destroyed, but the player gets to control the remaining robot.