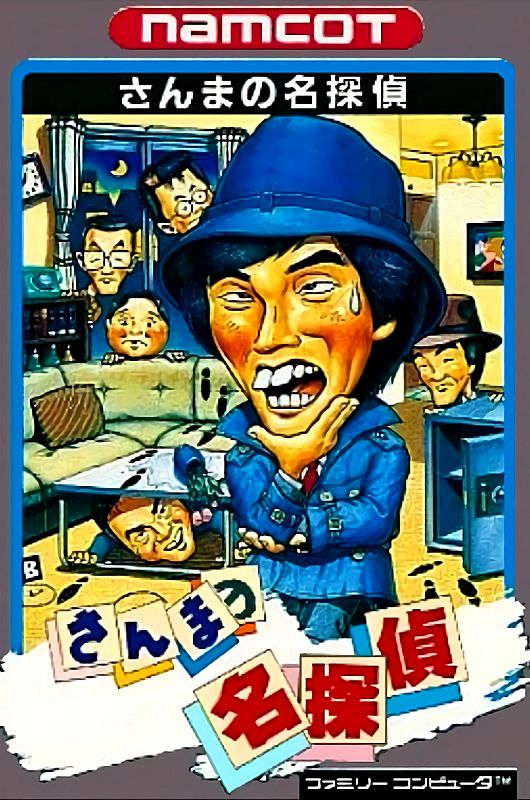 By TompouceGabriel : August 25, 2019
Sanma no Meitantei (or, Sanma the Great Detective) casts the player as the assistant to the famous Japanese comedian and television personality Sanma Akashiya (who for the purposes of this game is apparently also a renowned private detective). A party at the villa of a wealthy company president is marred by the death of a guest and the disappearance of a priceless diamond, the Star of Africa, and Sanma is called on to investigate. As the plot progresses, the player opens up various locations around Osaka, where the player encounters a seemingly endless stream of suspicious characters - most of whom just happen to be other well known real-life comedians (all of whom worked for the same studio as Sanma at that time).

Gameplay follows the standard adventure game first-person menu driven model (Look, Examine, Take, Use, etc.). There is also a pointer to examine specific points of interest, and a third-person map used to move between locations. The game features various action-oriented minigames which must be passed to advance the plot, most notably a parody of Namco's own Galaxian.