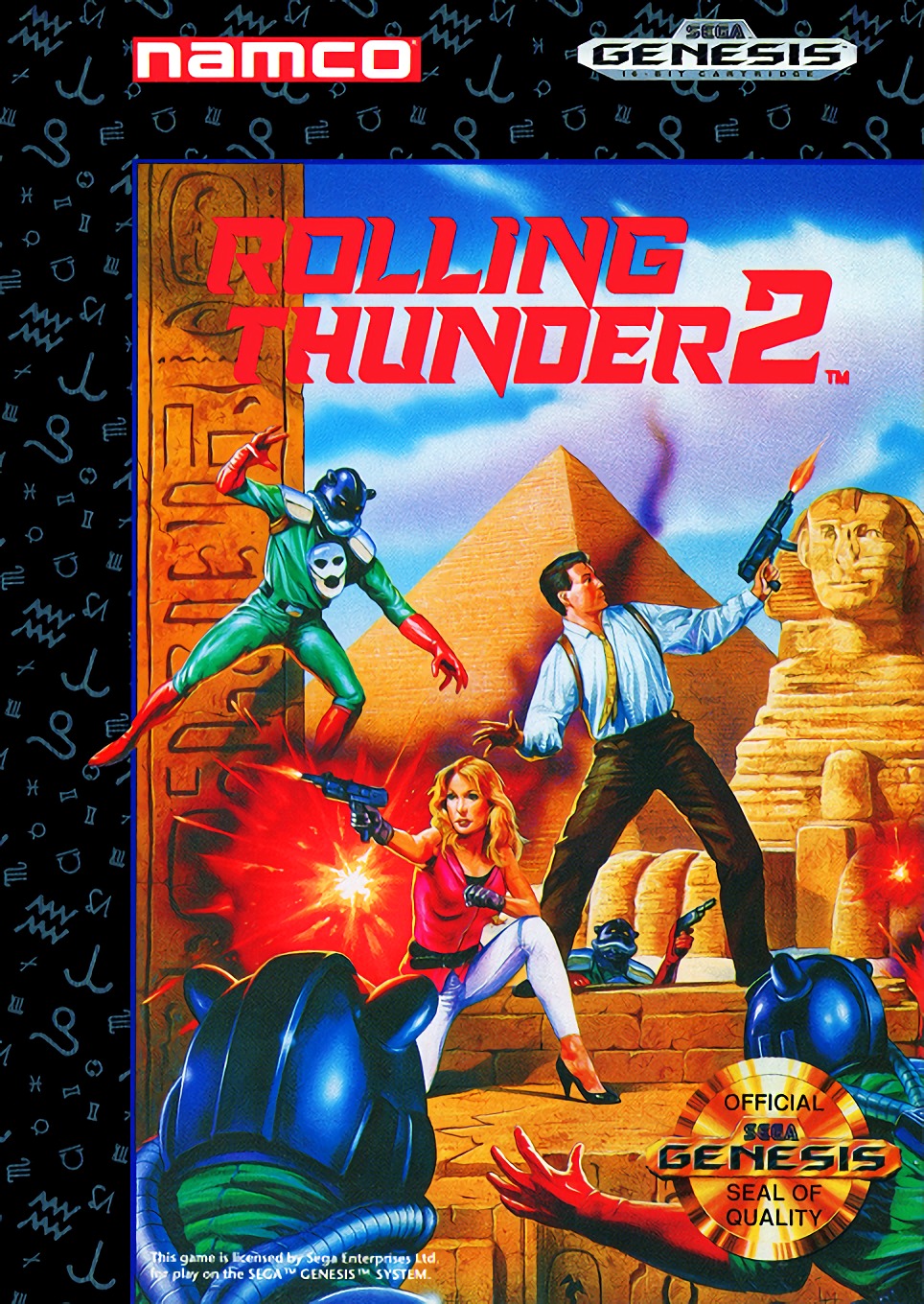 A follow-up to the original Rolling Thunder, this is a "shoot-the-bad-guys-and-save-the-world" game. A terrorist group has taken out the world information flow and, as either a guy named Albert Ross or a woman named Leila, you must stop them. You can also get weapons that pack more of a punch than your ordinary hand gun. The original Arcade version of Rolling Thunder 2 supports two-player cooperative play.