RoboCop versus The Terminator 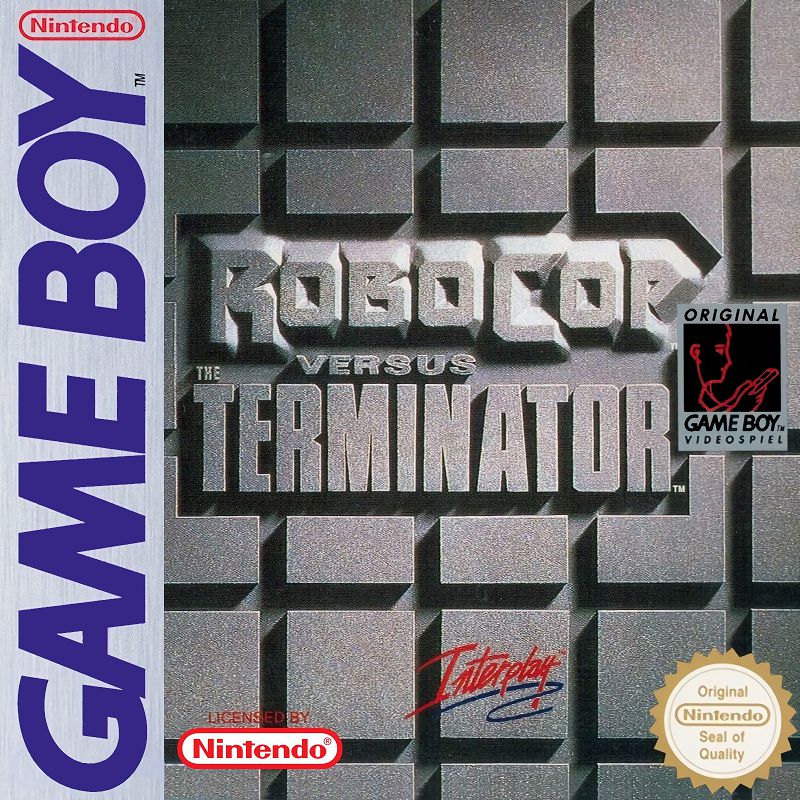 The crossover of the two 80s Action/Sci-Fi franchises comes to the Game Boy in this platform title, based very loosely on a Dark Horse comic.

The player controls RoboCop, who, while taking care of law & order in Detroit, discovers some unusual troublemakers: Terminators sent from the future. To deal with the threat, Robo will have to make his way through an OCP factory and computer complex, where a time machine awaits that will take him to the post-nuclear wasteland of future Los Angeles. There, he must destroy the Skynet mainframe to free humanity from the machines once and for all.

The game is a platforming affair. RoboCop must destroy various enemies while looking for the level exit, from various criminals in Detroit to advanced robotic probes, Terminators and flying Hunter Killers in the OCP labs and the future. He is armed with a simple gun which can be upgraded once to a three-directional scatter shot. A single hit means the gun upgrade is lost, though. Life energy can be refilled through power-ups, and extra lives are also available.

Thanks to Kazan for this translation.
Game files
RoboCop versus The Terminator 2019/02/11 79.87KB
DamonSalvatoore reacted to this