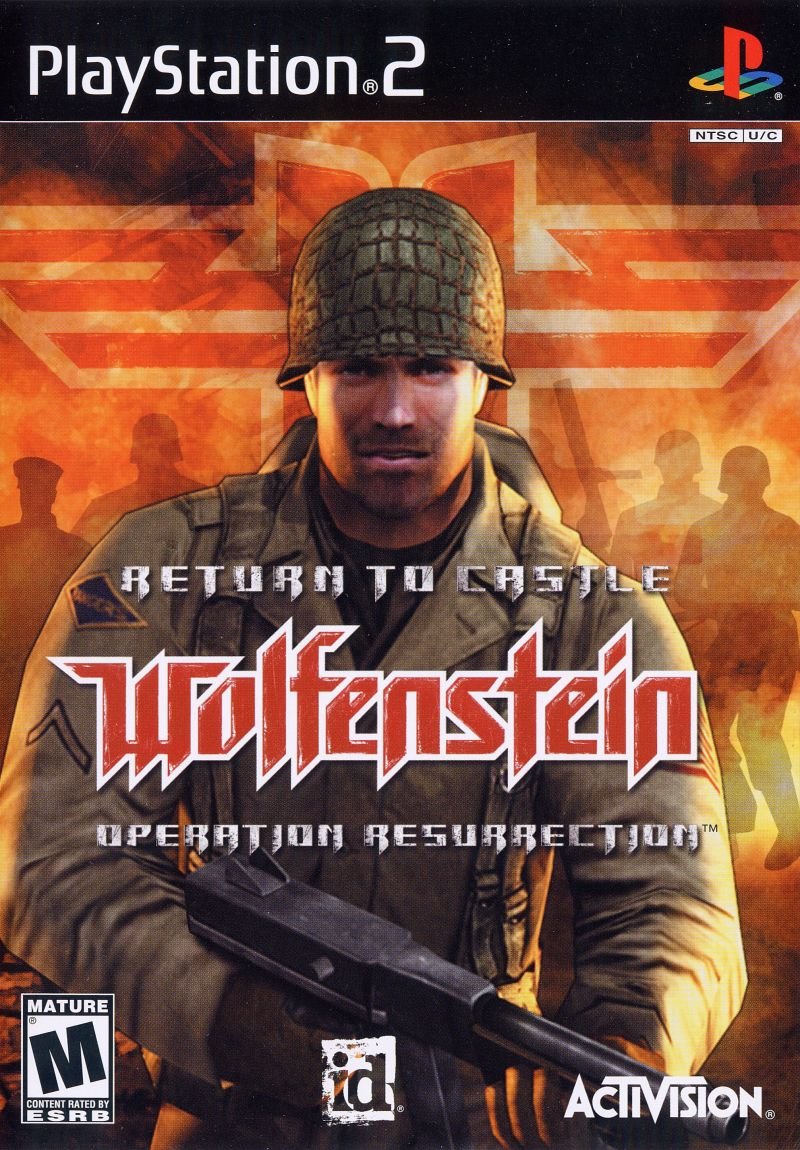 In the 21st Century, history will repeat itself. You must remember your memories of Castle Wolfenstein, find your way out once more, and un-cover the secrets held within the walls. But it won't be easy.

Developed by Himmler's SS Paranormal Division are a race of part human, part zombie creations. But don't worry, you won't be unarmed. From the luger, chaingun, MP40 machine gun, silenced SMG, upgradeable sniper rifle, flame thrower, time bombs, and grenades, you have plenty of options to take down the enemy. However, you must use stealth as well as all out carnage to accompish the task at hand.

Operation Resurrection is the PlayStation 2 version of the Return to Castle Wolfenstein with some added extras that make it it's own unique game.

Features included in Operation Resurrection:
-Full single player game experience of the PC version ported to the PlayStation 2
-7 new prologue levels as to how B.J. and Agent One first met and how they got captured and imprisoned at Wolfenstein Castle
-New Bonus Feature where you can purchase items by finding secrets in game at the end of each level

Unlike Return to Castle Wolfenstein: Tides of War there is no multiplayer support - internet and multi link.