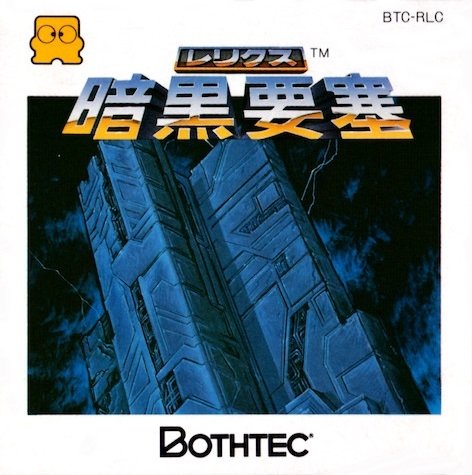 By Perichor : January 12
Relics: Ankoku Yousai is a sequel to Relics which, compared to the predecessor, simplifies the gameplay and has only one ending. This game opts for a more Metroid-inspired style and even adds a tune constantly looping while playing the game.

The player takes role of a being that's sacrificed its body in order to take control of the bodies of the deceased Holy Warriors of Light, the only ones capable to defeat the forces of hell. The goal is to rescue the princess of heaven, imprisoned in the fortress of hell and the only way to get to her is by collecting 5 idols.

The Family Computer Disk System version of Relics changes the story and limits the way the body swapping mechanic works by making the player collect amulets and fight specific bosses to switch bodies. Players can also cause damage to the walls which could reveal secret areas containing keys, health restoring items and power-ups.

While looking very impressive for a Family Computer Disk System game, due to the hardware limitations, the game suffers from frequent loading of the areas and the enemies in an area. The collision detection can be inaccurate and it will be necessary to swap the sides of the Disk Card every time the main character dies and even during some of the levels.