Quantum Gate I: Akumu no Joshou 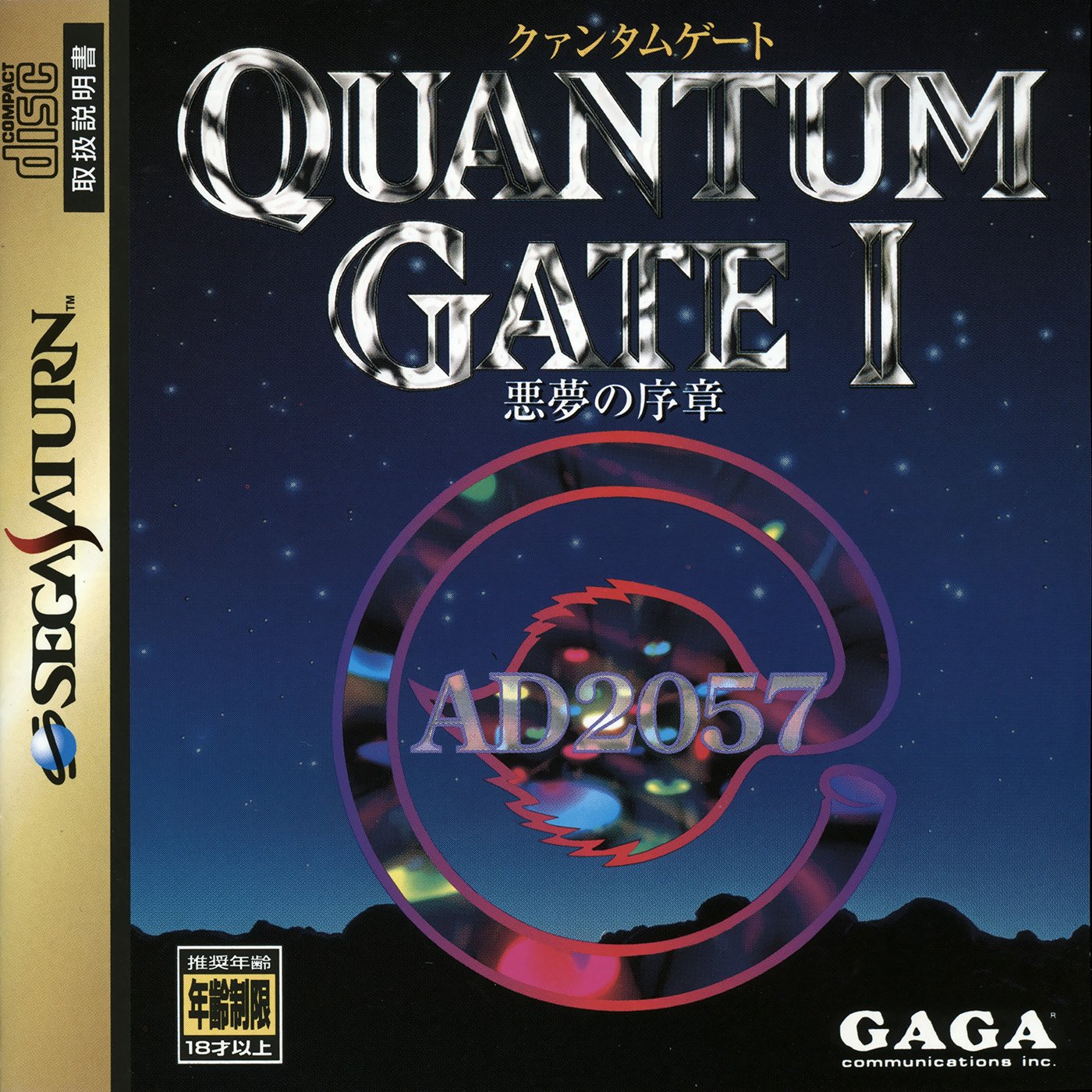 By Nanoman : May 13
The player takes on the role of Private Drew Griffin, an army medical student in the year 2057 who is recruited by the UN on a secret mission to an alien world where water is scarce.

During the mission briefing Drew discovers that an advanced environmental simulation program called Earth-5 has predicted that there are only five years remaining before irreversible ecological damage caused by industrialisation, pollution and the overuse and destruction of natural resources will cause the Earth's demise. The Eden Initiative, of which this mission is the major part, is a project aimed at saving Earth from this Armageddon. The key to this is the rare mineral iridium oxide, found on the harsh alien planet AJ3905. AJ3905 is a world accessible only through an interplanetary device called the Quantum Gate and the mission involves a series of mining expeditions to extract the mineral and bring it back to Earth. However, AJ3905's hellish atmosphere consists of a poisonous, caustic gas that promises an agonising death for unprotected humans which requires the wearing of a protective suit (known as a 'Tophat'). Furthermore, it is occupied by a hostile life form that appear as frighteningly skeletal anthropomorphic forms through the Tophat's virtual reality display. It is the role of Griffin and his fellow army recruits to protect the scientific mining crew during their repeated forays to the planet.

During mission downtime, the player's interaction with other characters such as the commanding officer, Colonel Saunders, and the inventor of the Quantum Gate, Dr. Elizabeth Marks, start to raise concerns about the nature of the mission. Further enhanced when Griffin's apparently paranoid army buddy, Private Michaels, starts telling tales of great conspiracy to hide the true agenda of the Eden Initiative. These start to suggest to the player that the nature of the planet itself and the possible reason for the protective suits are elaborate fabrications. The extreme interpretation is that the Earth is doomed no matter what and instead of protecting peaceful miners from a hostile alien race, the army is involved in the genocide of a native species prior to human colonisation.

Between these sequences and the occasional training mission or visit to the planet, a series of flashbacks and electronic messages from home reveal a dark backstory about Private Griffin. Through events for which Griffin feels remorse his girlfriend has become partially disfigured, although it is never made clear what those events were or that they were even Griffin's fault. They appear to have spurred Griffin, who had previously been pursuing a promising career in medicine, to run away from home and join the military. The full history of Griffin is never completely explained in the game and the details are kept deliberately vague and unresolved leaving the player to decide whether Griffin's remorse is for an accident for which he is to blame, or merely for having run away. Additional touches such as the heavy censorship of messages from home suggest that, for the army recruits at least, participation in this mission may be punitive.