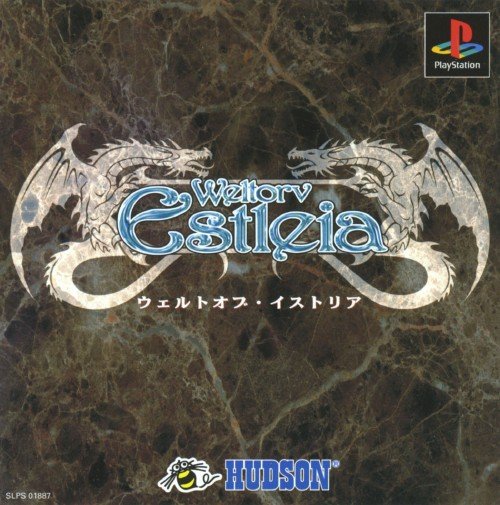 By Valek : January 15
Weltorv Estleia is a non-linear role-playing game set in a medieval fantasy world with its own mythical history and lore. The background story involves a battle between seven legendary warriors, led by the young magician Ten, against an evil dragon. The player assumes the role of a nameless adventurer, male or female, who ventures to the city of Farbell. There, he or she is instructed to join the the Adventurers Guild, and eventually becomes involved in the grand struggle against dark forces threatening Estleia.

In the beginning of the game the player has to create a customized character, modifying his or her age, hair color, clothes, height, and weight. Character class can not be assigned, but the player character can eventually specialize as either a monk, a magician, or a thief, by completing missions for the respective guilds. The protagonist has three main attributes - spirit, technique, and vitality, which can be manually increased whenever he or she levels up. Other attributes include various aspects of physical preparation and conditions, which act as requirements for equipping weapons and armor. Experience points in the game are awarded for defeating enemies as well as for completing quests.

Despite its Japanese origins, Weltorv Estleia is a free-form RPG that is closer to Western templates. The game's world consists of interconnected areas and contains several towns, wilderness areas, and dungeons. The player is free to explore the game world and undertake any quests from the onset. The game's scenario system allows players to pursue as many quests as they wish at the same time. By interacting with the various non-player characters, the player gets key words or key phrases indicating details and giving clues about the currently selected active scenario. The scenarios will then trigger when the player, having followed the clues, reaches the scenario point. By fulfilling the requirements for each scenario, the player progresses through the game. There are over a hundred scenarios, ranging in length and difficulty, sometimes having different possible outcomes.

Interaction with NPCs also allows the player to express emotions by having the player character smile, cry, or become angry. These emotional responses during conversations may influence the way NPCs react to the hero. The player can also have the main character draw his weapon at any time.

Combat in the game is turn-based. Battles are fairly sporadic and occur either in a scripted manner, dictated by the scenario, or by approaching hostile creatures that may be encountered in the wilderness. The player navigates the main character on the battle screen in a tactical fashion, attacking enemies when they are within the range of the equipped weapon. Over the course of the game, several characters may join the hero's party, usually as a possible scenario outcome. These characters are controlled by the AI during combat.

The game's outdoor areas (including towns), dungeons, as well as all the characters and enemies, are rendered in 3D. Only smaller indoor locations such as shops, guilds, bars, people's houses, etc., are presented as pre-rendered backgrounds. There are no character portraits and the game generally eschews anime-style aesthetics usually associated with RPGs of Japanese origin.