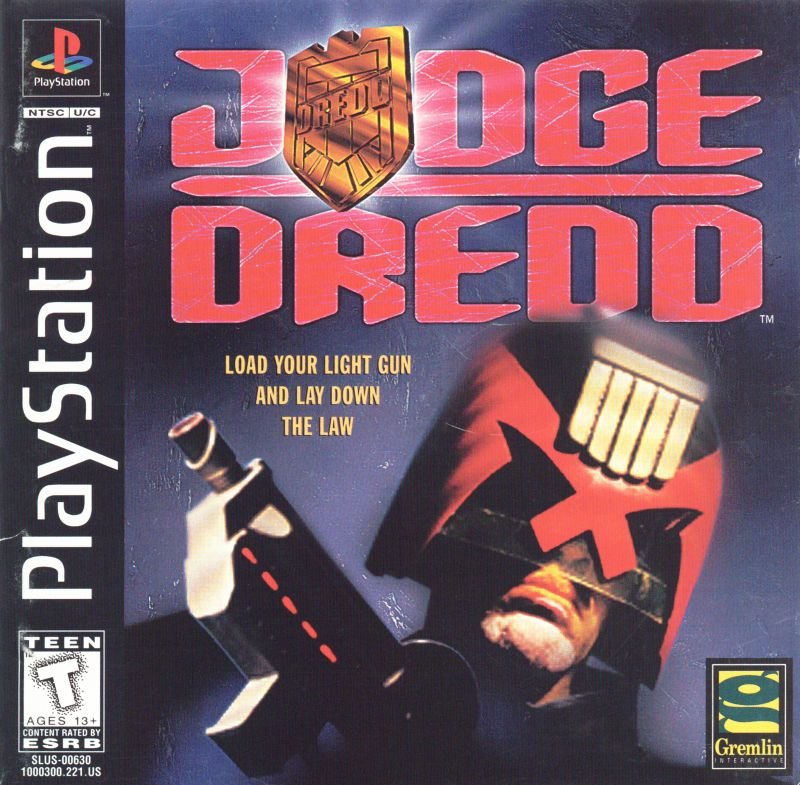 By GambierBae : September 20, 2021
Trouble in Mega-City One: An unidentified perpetrator has taken hostages, including the mayor. Attempts to apprehend him have already led to the loss of 17 Judges. He states that only one man is allowed to come near: Judge Dredd. There's obviously some history between them. It's time for the toughest lawman of them all to move in and dispense justice via his Lawgiver gun.

Gremlin's Judge Dredd is an 'on rails' lightgun shooter based on the original comics instead of the 1995 movie. The action moves through pre-rendered environments on a fixed path. 14 levels spread over 4 stages must be cleared of lawbreakers.

Most enemies are polygonal 3D models overlaid over the video backdrop, but the background can also be shot at: gun turrets and some bosses like hovertanks and other heavy machinery are pre-rendered objects. Powerups are hidden in the scenery as well: there are different ammunition types for the Lawgiver, including rapid fire and heat-seekers. Also available are medikits, extra lives and rockets which can clear the screen of enemies.

Not everything on the screen should be shot at, however: sometimes, innocent citizens will cross the scene. Hitting too many of them means a quick 'game over'.

The storyline of the game is told between levels via live-action cutscenes.