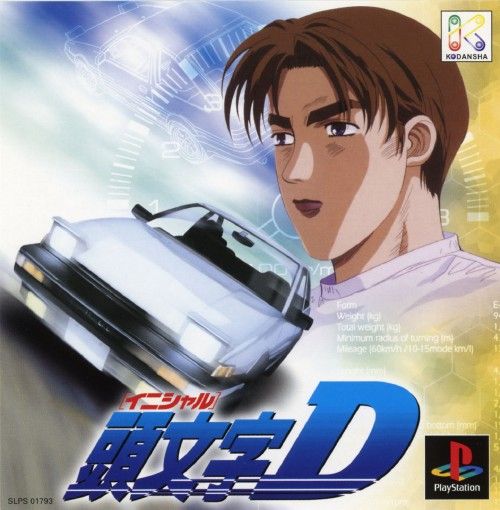 Initial D is a Racing game, published by Kodansha, which was released in Japan in 1999.

Set in the late 1990s in Japan's Gunma Prefecture, the game follows the adventures of Takumi Fujiwara, an eighteen year old who helps his father run a tofu store by making deliveries every morning to a hotel on Akina with his father's Toyota Sprinter Trueno GT-APEX (AE86). It is revealed that Takumi has been driving on Mt. Akina every morning to deliver Tofu to the summit five years before he even had his license. As a result his skills in mountain racing were honed, and is able to drive under adverse weather conditions.