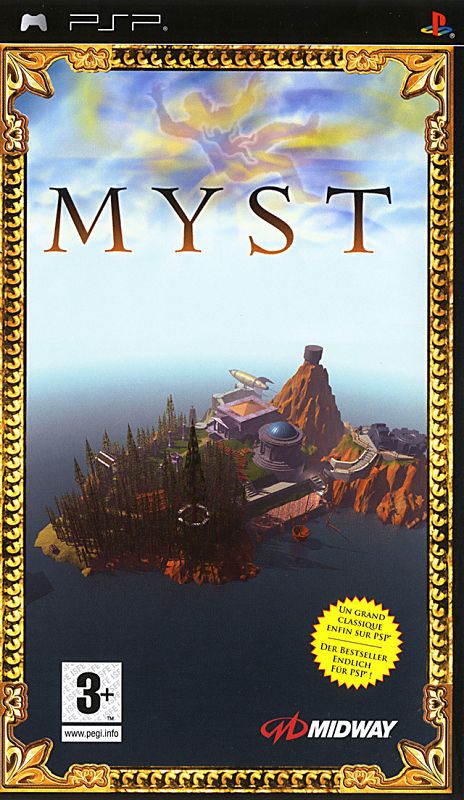 This handheld version of Myst is a reworked re-release of the original game. It is similar in content to Real MYST as it contains Rime Age, the fifth age with additional content that was added in that release. Next to the revamped controls, the PSP version also offers wide-screen support. The DS version includes a code rewrite, and new and re-mastered sound effects and video clips. For the PSP, the PlayStation version was later also ported separately as a PSone Original download through the PSN network, listed at the game's main entry.