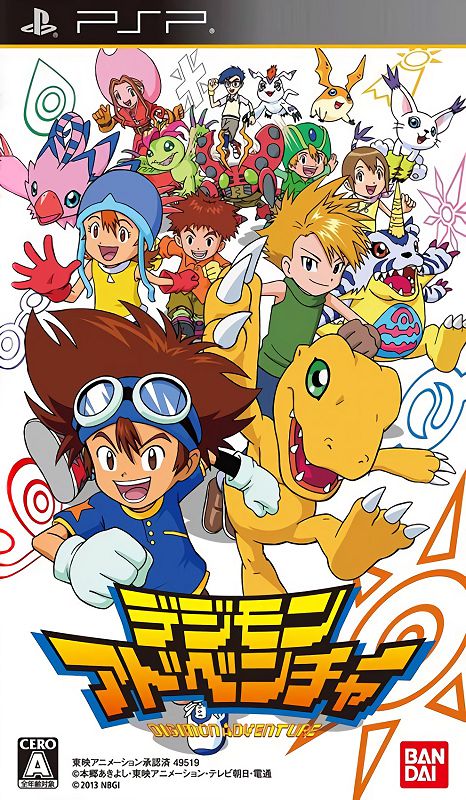 This game is a retelling of the 1999 TV anime Digimon Adventure. The game starts from the beginning of the first episode. On August 1st, 1999, 7 kids went to a summer camp.

Everything was normal, until suddenly it started to snow in a middle of summer! Soon after that, there was an unusual phenomenon happening in Japan: an Aurora in the sky! These don't usually occur in Japan, so while the kids are watching the aurora, suddenly some meteorite-like things fall from the sky, that look like some virtual pet toys.

Right after that, a huge water wave sucks the kids within and transports the kids to the Digital World, where they meet creatures called Digimon.

The actual gameplay has typical Digimon-style battling between three Digimon on each side, with exploration and role-playing game elements as part of the game, including subquests.

Thanks to Kazari for this translation.