Ni no Kuni: Wrath of the White Witch 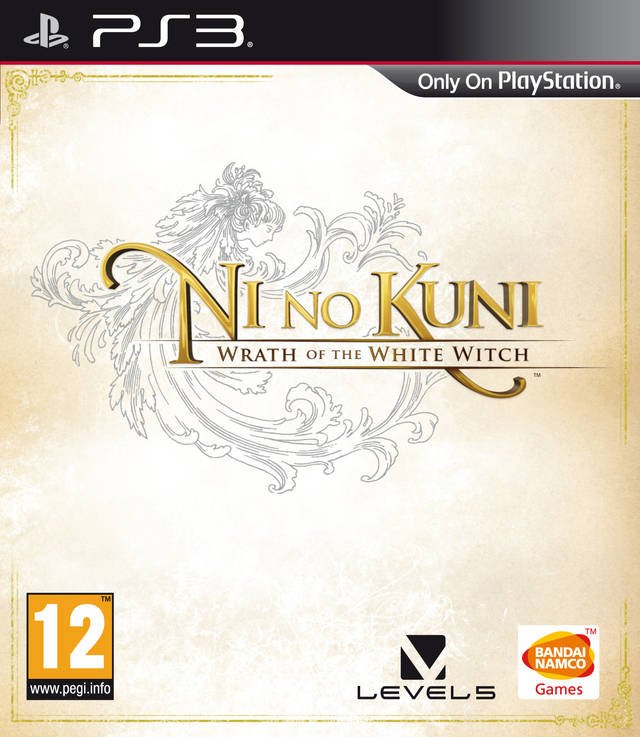 Oliver was alone after his mother died trying to save him from drowning. When he sheds tears over a doll she made for him, it comes to life as Drippy, Lord High Lord of the Fairies. Drippy reveals that he comes from another world where the souls of Oliver's world are directly connected to equivalent souls. Oliver follows Drippy to this world in the hope of finding his mother's double, the Great Sage Alicia, who may hold the key to bringing his mother back to life, while Drippy hopes that Oliver is the legendary wizard who will save his world from the Dark Djinn Shaddar.

Ni no Kuni: Wrath of the White Witch is a role-playing game which follows a similar story to the previous game, Shikkoku no Madōshi, but taking a different turn near the middle. The player controls Oliver and his Familiars, summon-able creatures who share Oliver's HP and MP but whose other attributes are their own. Enemies wonder the overworld and dungeons and the player goes into battle with them when they run into them. Combat is real-time with the player giving commands for attacks which last a set time. The player can switch between Oliver and a Familiar in the party at any time, but the Familiars can only stay in battle for a certain amount of time before they need to be retired from the encounter.

During the game, Oliver will encounter people with a surplus or deficit of certain personality traits such as enthusiasm. He must take the surplus from those with and give it to those with a deficit. Oliver can also run errands for people he encounters, which provide him with merit stamps he can exchange for rewards.