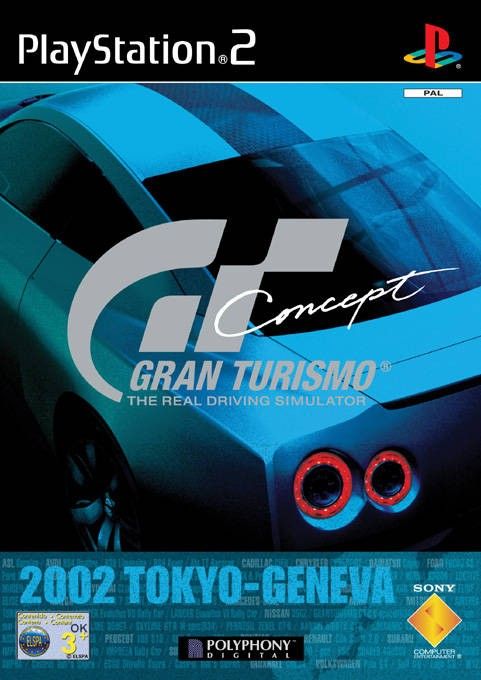 This short version title followed the release of the full-length version Gran Turismo 3: A-Spec in 2001 and was eventually followed by Gran Turismo 4.

The 2002 Tokyo-Geneva version was released in Europe on July 17, 2002. It featured all the cars from the 2002 Tokyo-Seoul version plus new models unveiled at the Geneva Motor Show including the Volkswagen W12. A Chinese/English NTSC version was released in the Southeast Asia on July 25, 2002, it adds 30 cars to the 2001 Tokyo version released earlier in this area. 2002 Tokyo-Geneva is the definitive version of GT Concept, as it has the most cars, including the Ford GT40 LM Edition.