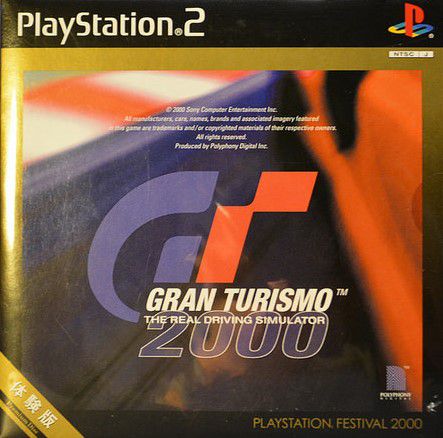 Gran Tuismo 2000 is one of the early demonstration builds of Gran Turismo 3: A-Spec, built for showings at E3 2000 and 2001. It was based on Gran Turismo 2, where the physics and graphics were updated to showcase what Polyphony Digital could do with the new hardware in the PlayStation 2.

The list of playable features is limited to only one combination of car and track: the Mitsubishi Lancer Evolution V GSR '98 and Seattle Circuit. The race is time-limited to 120 seconds or two minutes, reflecting an effort to minimize the amount of time spent queuing to play the game whilst still allowing players to take in the improvements that have been made.