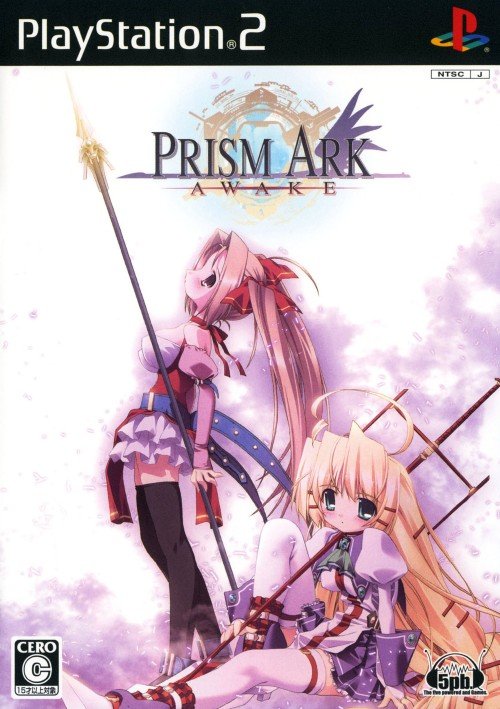 Prism Ark ~Prism Heart 2~ began as an adult visual novel for the PC by Pajamas Soft first released on August 25, 2006. This work is a continuation of Prism Heart released on October 6, 2000. The game was ported to the PlayStation 2 on January in 2008 with the adult content removed under the title Prism Ark -Awake-.

PLOT:
Princia, the heroine of the previous game, has now become queen. Despite any action she could now take as a ruler, the seeds of war have already been sewn. Strife will return to the land, but still her own daughter (and the new heroine), Priecia, aspires to be a great fighter like her mother was. Despite the seriousness of her training and the battles soon approaching; she will still have her fellow students and friends to help lighten up the epic mood of the story. You play as another student at the same academy, and together you will face your destinies.