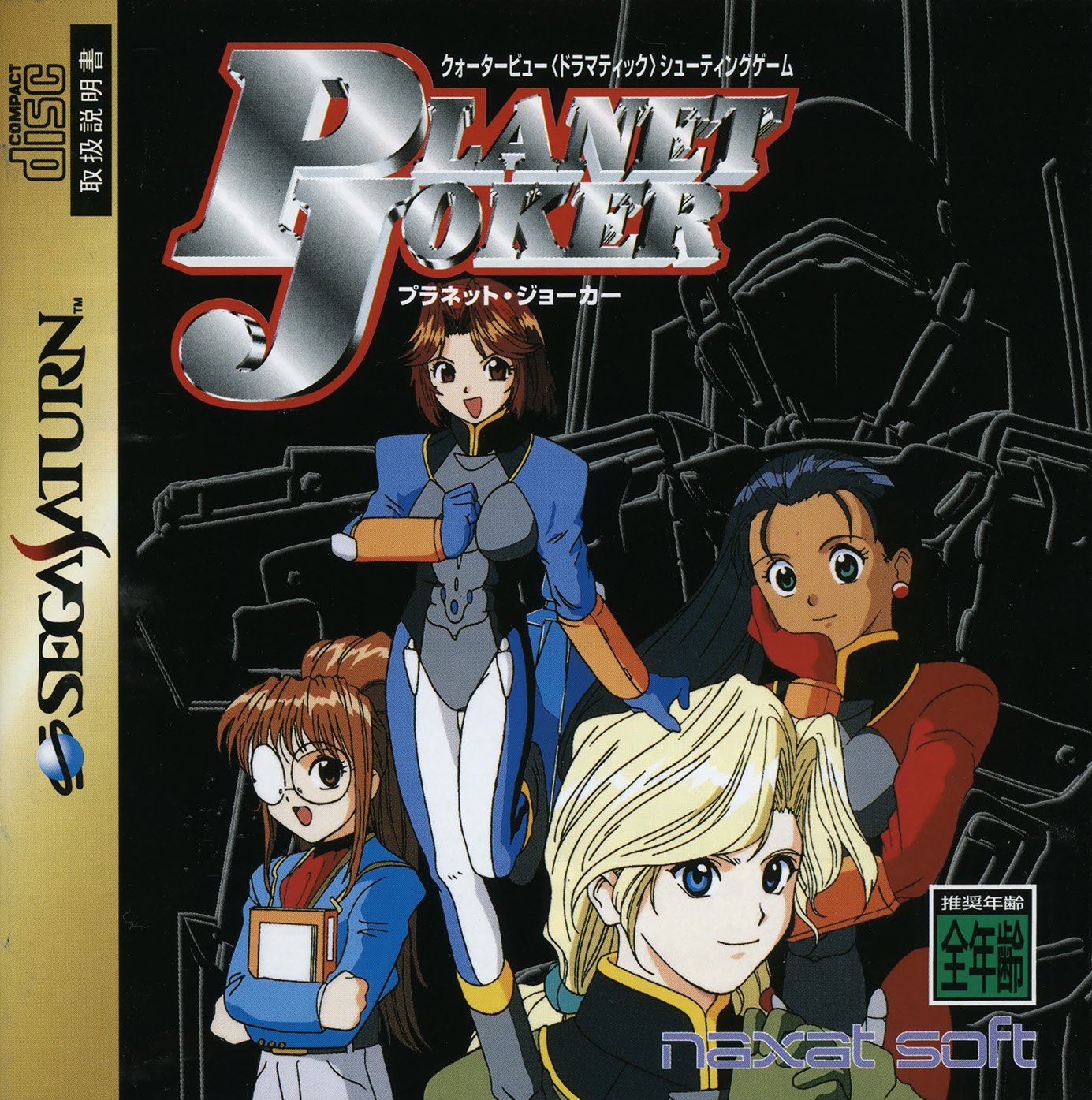 Planet Joker is a 2.5D shoot-'em-up for the Sega Saturn. It was released exclusively in Japan.

The game is a vertical scrolling shooting with a bird's eye view, such as Layer Section II. Shots, bombs and charge attacks are possible.

On May 17, 2039, a mysterious army suddenly invades Tokyo. They occupied the Japanese center in just an hour, and the mastermind demanded that all production activities in Japan and oil consumption be stopped.

Three female pilots belonging to a special unit of the Self-Defense Forces were ordered to suppress this mysterious army. Operation name "alien crush".