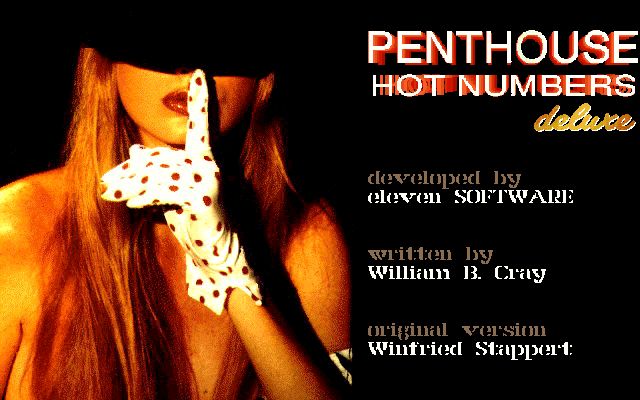 By RomStation : January 3
Deluxe version of Penthouse Hot Numbers is a new game with several new features. It includes a topless dance intro sequence and a female voice, commenting the game, as well as graphics is made in SVGA mode with a higher resolution. Now the game includes 10 levels with Penthouse models providing their profiles. If the player beats the opponent, three pictures of the current model are shown, otherwise the player is asked either to continue the play session or leave it. There are three difficulty levels of opponent's AI, time-limit mode, and hidden fields mode. When all ten opponents are beaten, the results may be stored in top ten high scores table.

The gameplay on each level is the same - the two opponents (the second either human or AI) compete on a 8x8 grid field. The players take turns and each one clicks on a field which has two effects: a part of the photograph is revealed and the player gets positive or negative points; depending on the field's colour. The catch is that one player can move the cursor only horizontally and the other is restricted to vertical movements. The game ends when no more moves are possible and the player with the most points wins.