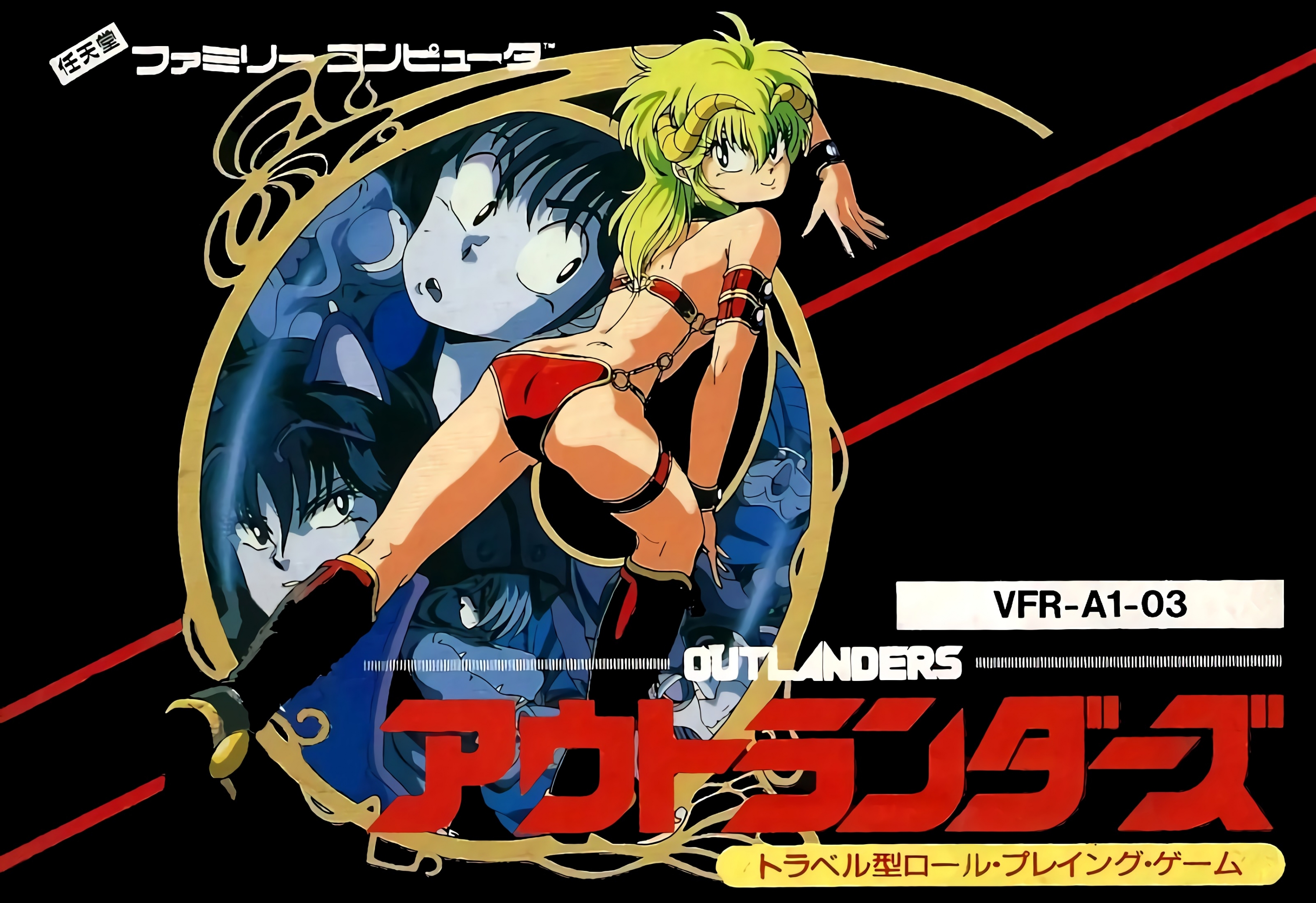 Tetsuya Wakatsuki was just an average guy, lazy but well-meaning, and a photographer for the local newspaper. Your planet being attacked by an invading alien armada tends to change that sort of thing, though. The young princess of the invading army, Kahm, comes to Earth to take part in the annihilation of the human race. She ends up stranded on Earth, where Tetsuya finds her, and they fall for each other.

They decide that if they were to get married, the two planets would no longer be able to fight, and so they set off for Kahm's home planet to seek permission from her father, the emperor. Having been the one who ordered the invasion in the first place, though, he is not particularly pleased with this turn of events. Tetsuya is imprisoned, and Kahm is taken away to places unknown. Now, Tetsuya must break out of prison and rescue Kahm!

Outlanders is an action RPG based on the manga by Joji Manabe. Tetsuya, being just a regular guy, isn't a particularly able fighter, and at first is only equipped with a sword, though he can eventually find other weapons including a gun. At the beginning, Tetsuya's only companion is the brown, cloaked alien Nao, who helps him escape the holding cell, but eventually he will find others who will help him. Other standard RPG features are also present: items can be found and stored, and some characters can learn magic. The game uses a password system to save progress.

Thanks to GAFF Translations Team for this translation.
Vlad4000 reacted to this