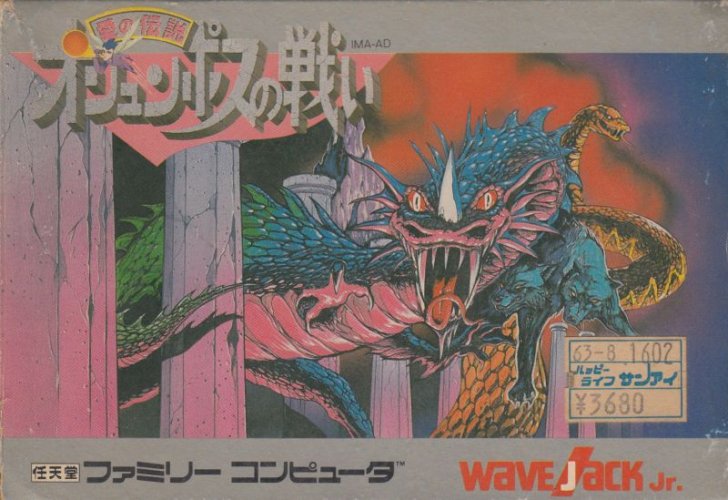 By Tanuki78 : December 8, 2020
Olympus no Tatakai is an action game with light role-playing elements. It is set in ancient Greece and casts the player in the role of Orpheus, whose girlfriend, Helene, has been kidnapped by the demonic ruler of the netherworld called Hades. Orpheus must consult the powerful gods and have their help in order to defeat Hades and free Helene.

This game is similar to Zelda II: The Adventure of Link in presentation and side-scrolling combat style. However, it is not a full-fledged RPG like Zelda II, since it lacks player-dependent character-building. The game world consists of interconnected, maze-like side-scrolling sections that include both towns and hostile areas where Orpheus fights his way through the minions of Hades. There are various items one must get to continue to the next location, including swords, shields and crystals. There are three fragments of love hidden around; Orpheus has to find them before he can enter Tartarus and fight Hades to save his beloved Helene.

The game sometimes references specific Greek myths, but often interprets them liberally (i.e. Orpheus is a warrior rather than a musician, his beloved one is Helene and not Eurydice, etc.). The monsters of the game are also based on the Greek mythology and include cyclopes, minotaurs, pegasuses, and others.

The Battle of Olympus - Gameplay - nes