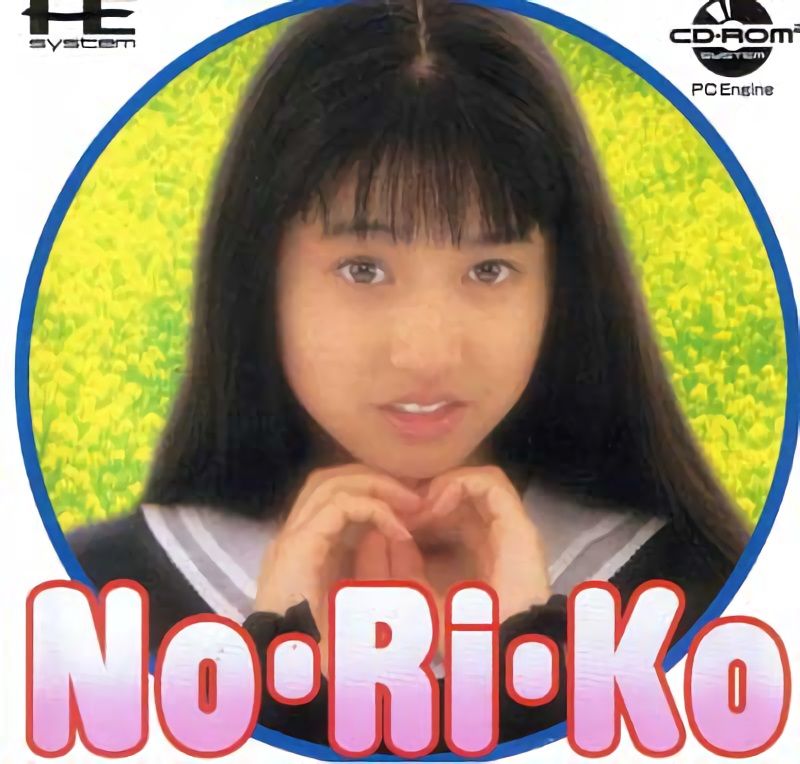 No-Ri-Ko was one of the two launch titles for the PC Engine CD-ROM (TurboGrafx-CD) for Japan in 1988, the other being Fighting Street (a port of 1987 arcade game Street Fighter).
The subject of this game is Noriko Ogawa, a teenage J-Pop idol who debuted in 1987. When the player finds Noriko's lost train pass, her manager arranges a date between the two of them. The player is then given the choice of where to go on the date.
The game plays like a basic dating sim or adventure game. The player, who can write in their own name at the beginning, chooses what places to visit for the date, including a clothing store where an outfit can be chosen for Noriko. The player can also take some pictures of her and listen to several songs. The game also features several mini-games, including a game of rock-paper-scissors. A single playthrough takes roughly half an hour. There are several alternate paths and endings.
While the gameplay is very limited, No-Ri-Ko is most notable in Japan for being the first technical showcase for the CD-ROM format in gaming (or at least to a much greater extent than Fighting Street). For the first time in a home video game, all of the dialogues in the game are voiced, with each line stored as an individual Red Book audio track on the CD; fully-voiced dialogues were previously only possible in laserdisc arcade games (i.e. interactive movies). It was also the first home video game to use digitized sprites.
In addition to various chiptune tracks of Noriko's music, three of her singles are included as full CD tracks in the game with an accompanied music video cutscenes, each shown as a series of animations; this was the first time that a video game synced CD audio with in-game graphics and cutscenes. After completing the game, Noriko in the game attempts to speak out the name the player wrote at the start, years before Tokimeki Memorial used the same idea. No-Ri-Ko more or less paved the way for later PC Engine dating sims such as Tokimeki Memorial, which would took the Japanese gaming and anime industries by storm in the 1990s.