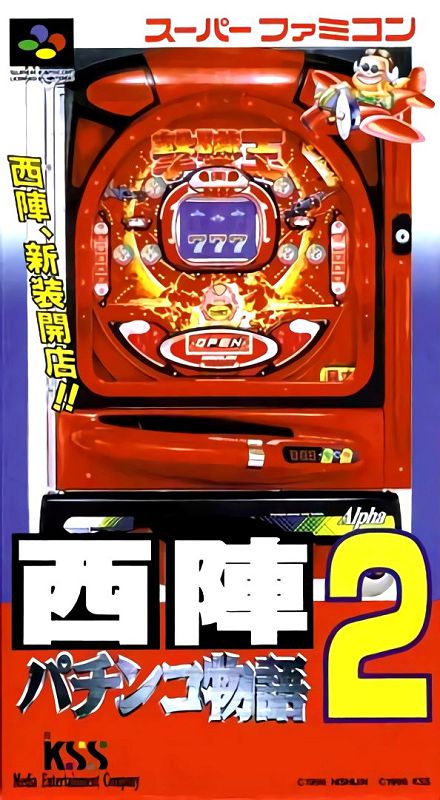 By TompouceGabriel : July 21, 2019
Nishijin Pachinko Monogatari 2 ("Nishijin Pachinko Story 2") is a pachinko game for the Super Famicom and the second of three games based on the machines created by the Nishijin pachinko manufacturer. Like its predecessor, it frames its pachinko gameplay with an adventure/life-sim interface that has the player relax in their apartment between trips to the pachinko parlors.

A secondary goal of the game is to teach players how to master the real-life versions of these machines, a common trait for pachinko games developed at the time. Other Super Famicom series, like Heiwa Pachinko World or Parlor! Parlor!, also features machines from other manufacturers.