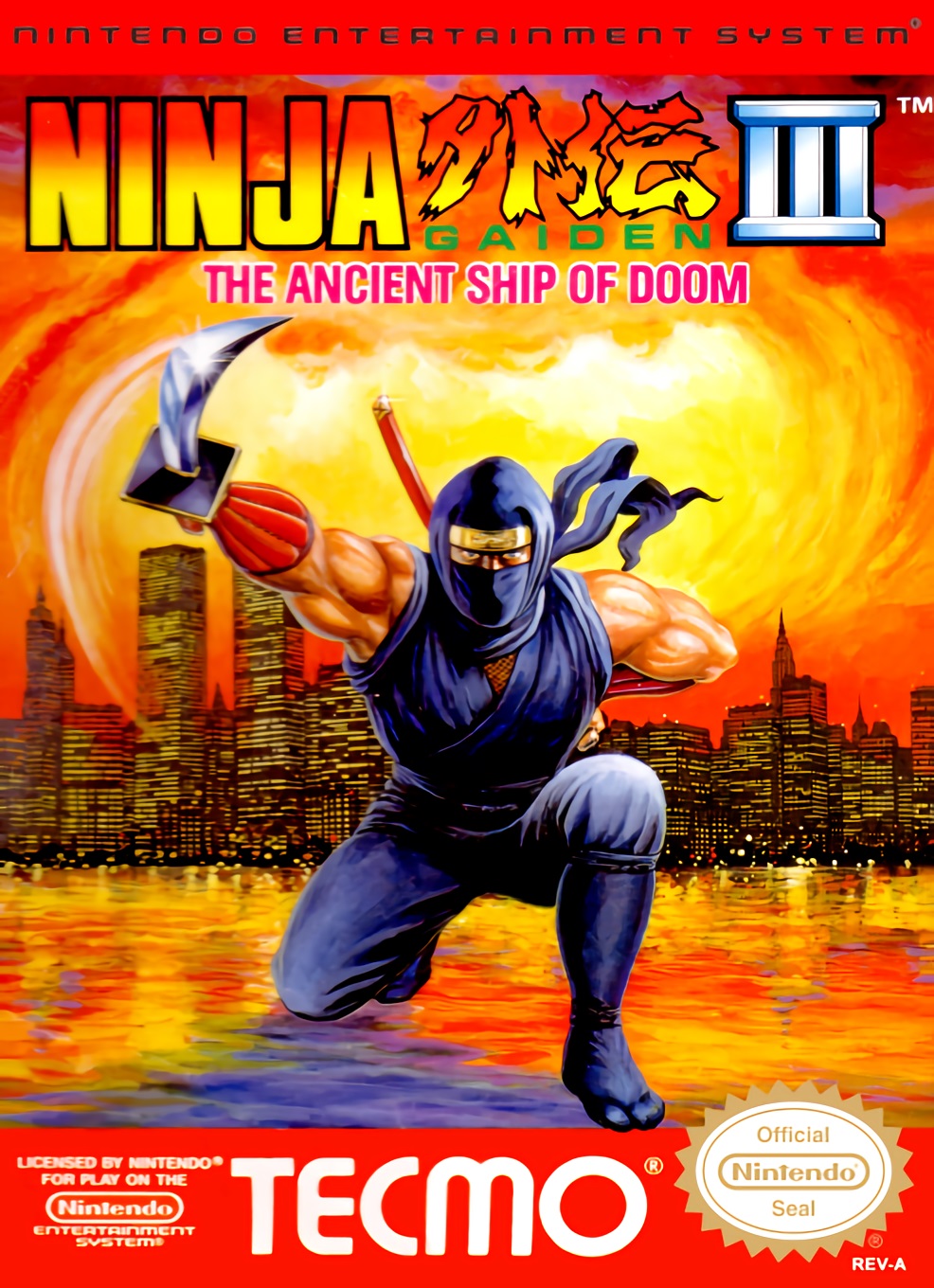 This is the third entry in the series of fast-paced ninja action games, and is the last game in the series to be released on the Nintendo Entertainment System.

Some time has passed since the defeat of Ashtar and the resurrected Jaquio, and Irene Lew has received a new mission to complete. She is to observe a strange factory that has been constructed recently for an unknown purpose, and investigate it. She proceeds to reconnoiter it, but is intercepted and apparently assassinated by her friend Ryu Hayabusa...except it isn't Ryu. It is an imposter. The real Ryu, angered over her death, and the subsequent false accusation that he murdered her, continues her mission and proceeds to investigate the factory.

As stated, this was the last game in the regular series produced for the NES. It had many features the previous games in the series did not, such as a power up to extend the length of your sword, a new vertical "wave" attack and vertically-scrolling levels. The US version of the game is reputed to be the hardest in the series, due to the extra damage incurred when hit, slightly shorter regular sword length, limited continues and more enemies.

The Lynx port is the second Ninja Gaiden game on the platform, the first being a port from the Arcade Version. This port is identical to the NES game, but the in-game picture is compressed for the smaller screen of the Lynx.