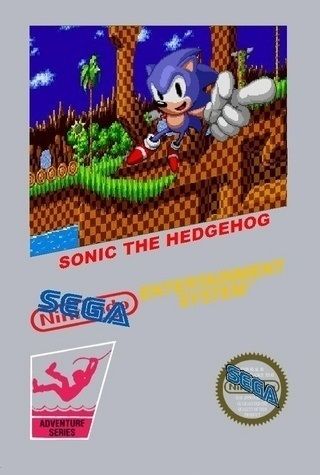 Sonic the Hedgehog produced for the Famicom by Ge De Industry Co in 1994. It was sold primarily around Hong Kong. The game is notable in the fact that it contains a vaguely accurate simulation of Sonic the Hedgehog, a 16-bit game produced for the Sega Genesis, on an 8-bit cartridge - something thought impossible by many video game experts at the time. The game features a character named "Somari" - Nintendo mascot Mario wearing Miles "Tails" Prower's trademark shoes, as well as possessing his abilities.