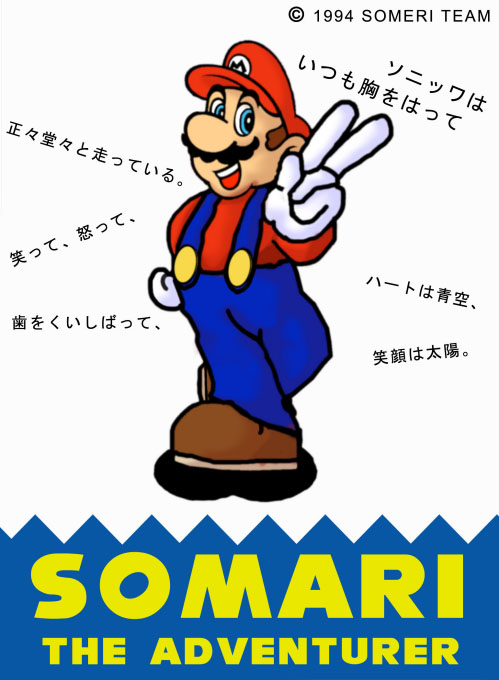 Somari (Russian: ??????; also known as Somari the Adventurer) is an unlicensed port of Sega's flagship video game Sonic the Hedgehog, produced for the Nintendo Famicom and sold primarily around Asia, Russia, and other regions where pirate Famicom cartridges were distributed, in 1994. The game features a character named "Somari" - Nintendo's mascot Mario wearing Miles "Tails" Prower's shoes. The character's name is a portmanteau of "Sonic" and "Mario".