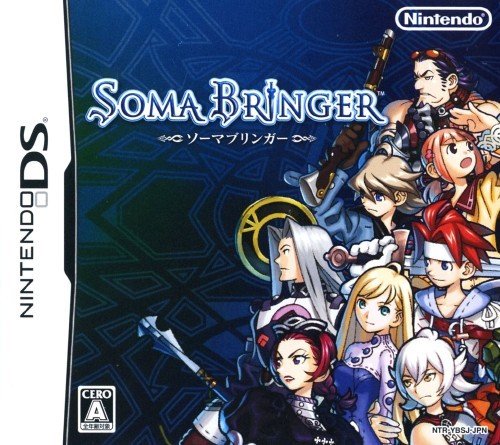 By GambierBae : June 23
In a world where a magic energy called Soma is a part of everyday life, seven characters part of a military division set out to reprimand the Visitors, who are disrupting the natural balance of Soma.

Soma Bringer is an action role-playing game in which a party of three member fight in real-time. Actions are set to one of the 4 face buttons by the player, this includes any attack, ability, or spell. Up to five sets of actions can be made and are toggled with the R button, a set of items can also be made and accessed with the L button. When a player gains a level, they receive ability points (AP) and character points (CP), ability points are used on skills and character points are used to boost character stats like HP or strength.

In Soma Bringer there is a break system where an enemy or player can be put into a "break" state if three exclamation marks (!!!) appear over them. In this state the enemy or player will receive more damage than usual, it is achieved when certain attacks or combos are performed.

Soma Bringer also features co-op in the form of local multiplayer, in which other players can play in place of the 2 AI controlled characters in the party.