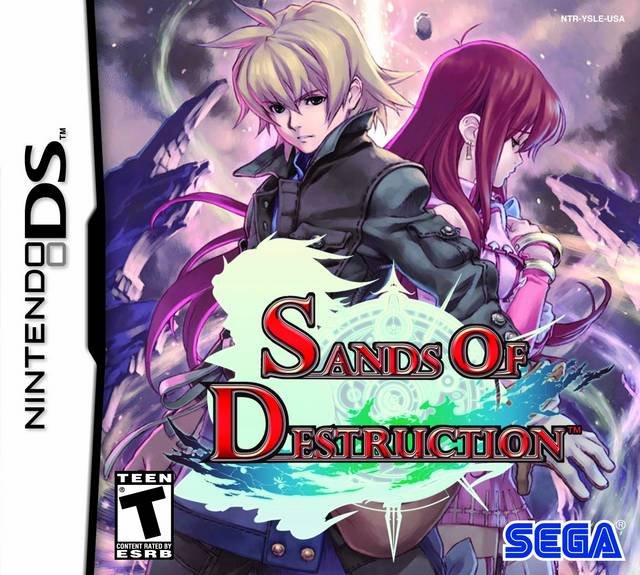 By GambierBae : July 27
Master storyteller Masato Kato of Chrono Cross fame and renowned composer Yasunori Mitsuda of the epic Chrono and Xeno franchises brings a new "classic" role-playing adventure to the Nintendo DS. In a world surrounded by a sea of sand, the fate of the world lies in the hands of a small band of warriors known as the World Annihilation Front. Play as Kyrie and venture through oceans of sand with Morte, a mysterious girl crusading for the World Annihilation Front on a rebellious mission with her troop of recruits. Fight colossal monsters, battle tyrannical beastmen, and ultimately... discover that Kyrie holds the key to world destruction. The future of the world now lies in your hands.