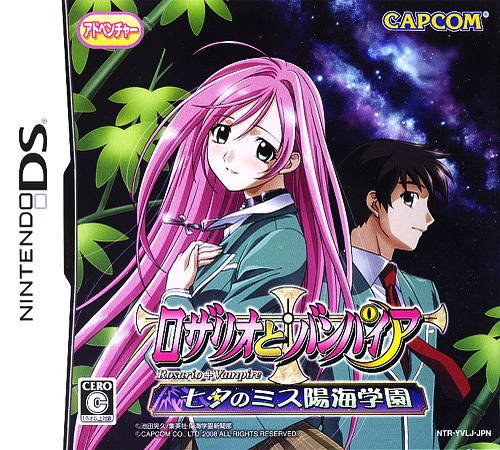 By GambierBae : July 12
Rosario + Vampire: Tanabata's Miss Yokai Academy is a visual novel game developed by Capcom, based on the Rosario + Vampire manga series about a boy who accidentally gets enrolled in a school inhabited by monsters and demons, and later befriends a female vampire. It was released in 2008 in Japan on the Nintendo DS.

A huge thanks to jjjewel for this translation.