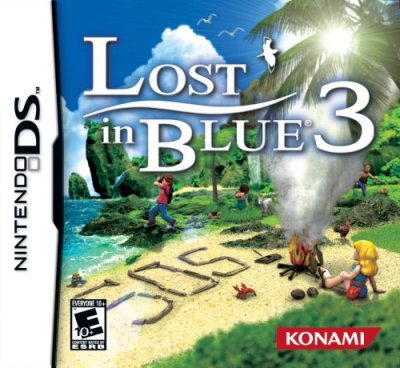 By GambierBae : June 17
Lost in Blue 3 is a continuation of the Lost in Blue series where once again the player must survive and escape a deserted island while trying to survive adverse weather conditions and hunt and forage for food. This version features four playable characters (two at the start and two more when the game is beaten), each with their own strengths and weaknesses as well as different storylines for each.

The game is told through a series of flashbacks that will give the players clues on how to escape. Players must survive various natural disasters like freak lightning storms and earthquakes that can drain their characters health and stamina. Players can also explore the island and play in one of 20 different minigames such as river rafting and playing with dolphins. Players can explore various different environments on the island from the beach to the jungle interior.

There is also online capabilities through either single card play in a series of mini-games or use multi-card play to play a cooking minigame head to head.