Knights in the Nightmare 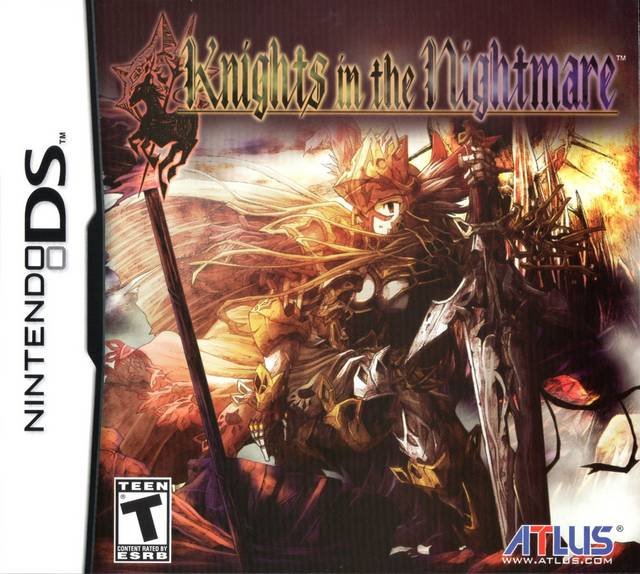 By GambierBae : July 18
A great war once raged across the land with many a valiant knight falling on the field of battle. In the end, the evil forces have prevailed, and have since taken over and corrupted the once great kingdom. On a stormy night a Wisp is awakened by a strange armored maiden. The wisp holds the memories of the war, and is now seeking all the valiant dead to be brought back to the world of the living in order to complete their mission and take back the land that was once theirs.

Knights in the Nightmare can be considered a tactical role-playing game, though it features a number of gameplay elements unusual for the genre. The game is almost entirely stylus-controlled on Nintendo DS, and combines an active-time turn-based combat, somewhat reminiscent of Final Fantasy as well as real-time strategy games, with bullet-hell shoot 'em up-like sequences, relying on a set of unorthodox requirements for the successful completion of its battles.

Once in the field of battle the player controls the Wisp who can cause the spirits of fallen heroes inhabiting the area to temporarily reconstitute into their physical form and do battle with monsters that now roam the land. The player can recruit those warriors permanently into their party by seeking out objects that meant something to them while they were alive.

The game features a robust character customization system that includes many classes of units, multiple jobs per each unit class, and a soul transplant system that allows the player to transfer part of the attributes of a character into another, more or less well depending on the poured soul's degree of loyalty, as well as the existence of a relationship between the two characters and the nature of it.