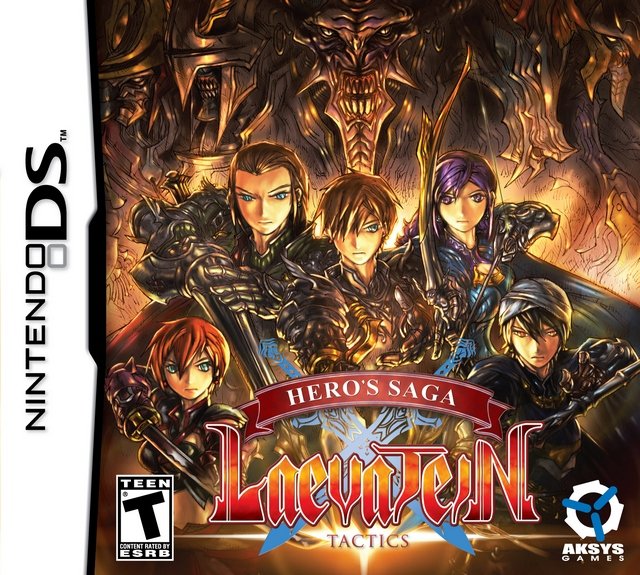 By GambierBae : August 2
Hero's Saga: Laevatein Tactics is a fantasy-themed 2D tactical role-playing game played from a bird's-eye perspective. It is set on the fictional continent of Yulanecca and starts with the young prince Ernesto (or the name the player chooses) of Valencia receiving a powerful blade to defeat an undead host besieging a border fortress.

The player has to move their hero across the map over a grid in a turn-based manner. While doing so they can occupy bases on said map and attack enemy units if in range. For these enemy encounters, the game will enter a battle mode in which the hero and his army have to defeat the opposing army. Possible actions during combat are attack, charge, defend or phalanx. Lost forces can be replenished at a stronghold.