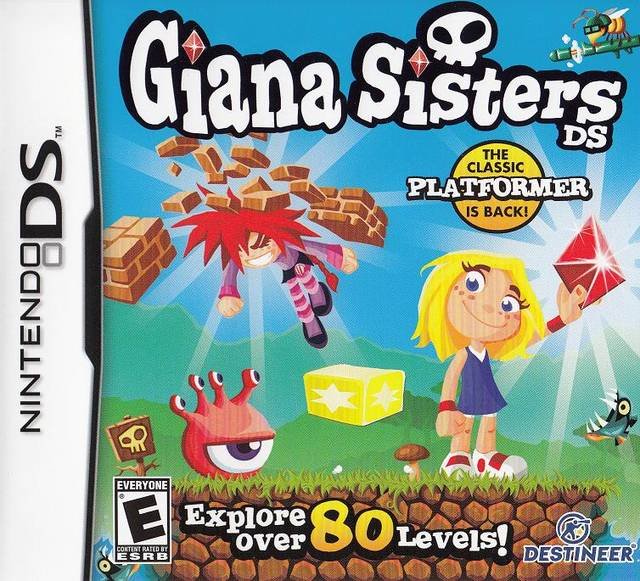 By GambierBae : June 22
Giana Sisters DS is a modern 2009 remake of the cult game The Great Giana Sisters from the year 1987. The original game appeared on the C64 and Amiga, but had to be pulled from the shelves after Nintendo threatened to sue over similarities to the Super Mario games. Surprisingly, more than 20 years later the sisters make an appearance on the Nintendo DS.

Giana Sisters DS is a classic platformer. Giana is caught in a dream world and must now recover her lost diamonds and find a way to the mysterious castle. The game features more than 80 new levels (i.e. is not a one-to-one remake). There are also new special items that make use of the features of the DS. Giana can, for example, collect a bubble gum item that can be activated using the touch screen. The bubble enables Giana to fly and is controlled by blowing into the microphone. Another new feature is a world map that allows the player to select and replay levels.
[edit description | view histo