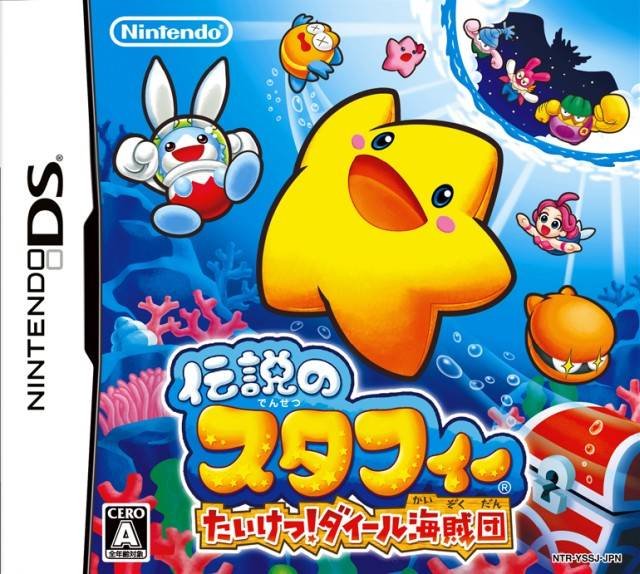 By GambierBae : June 22
It's another peaceful day in the kingdom of Pufftop. Starfy was having a nap, when all of a sudden, there was a crash and a rabbit in a spacesuit fell through the ceiling! A gang of three villains pursued after the rabbit, but Starfy chased them off. In the ruckus, the visitor disappeared! Eager to chase after him, Starfy fell into the ocean below, with his buddy Moe following after him.

The Legendary Starfy is a side-scrolling platformer, and the fifth in the series. Players control the starfish prince, Starfy, as he and Moe explore the ocean looking for Bunston the space rabbit. Starfy can spin to attack enemies, swim, hop out of water, and float through the air. Using these abilities, he can explore levels, find secret treasures and hidden exits that lead to alternate paths on the world map. When he finds Bunston, he can even team up with him to transform into different creatures, such as a fire-breathing monster or a seal.

Throughout the game, there will be opportunities where Starfy's pink sister, Starly, can team up and help. If you have a friend, you can wirelessly link up and have two players playing co-operatively simultaneously to explore levels. Starly's abilities differ from Starfy, so she can explore areas where he can't.

The game also features some wireless multiplayer games for up to four players. Some of these include making Takoyaki balls, hitting coins that are bouncing around for points, and fishing.