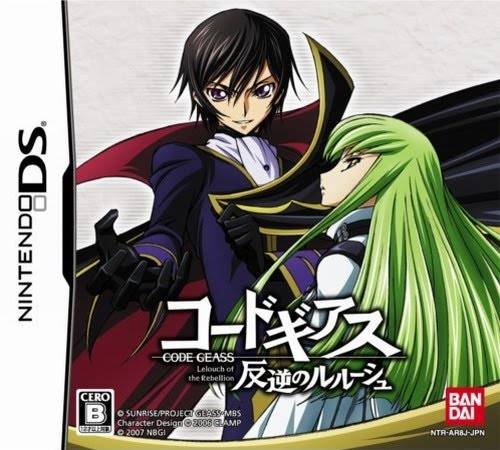 By GambierBae : June 29
Code Geass: Hangyaku no Lelouch is the first Code Geass video game based on the anime and manga series of the same name. It was released on October 25, 2007 for the Nintendo DS and published by Namco Bandai Games. The story is loosely based on the story of the anime/manga series, but with many decisions left in the player's hands along with alternate stories which can be accessed through New Game+. The player, as in Lost Colors, acts as a new member of the Black Knights, Lelouch vi Britannia's rebel faction.