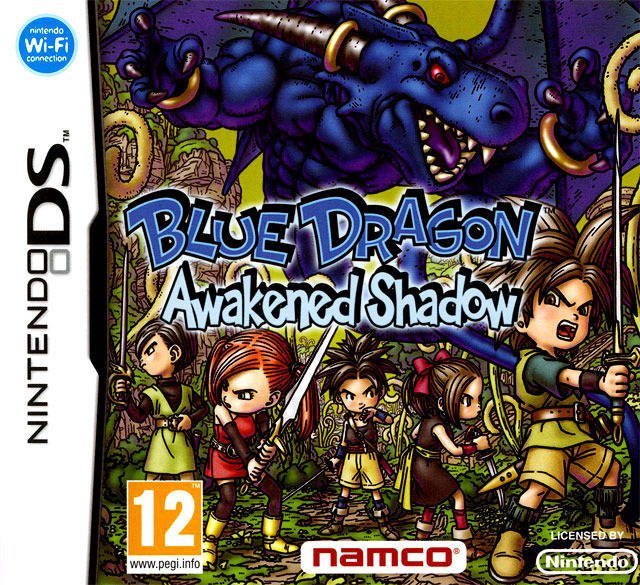 By GambierBae : July 10
Blue Dragon: Awakened Shadow takes place one year after its predecessor Blue Dragon Plus. The protagonist (gender and appearance is set by the player when starting a new game) awakens from a very long deep slumber with amnesia. However, this event also has negative impacts on the world: everyone except the protagonist loses the ability to summon shadows! Of course the protagonist assembles a party (mostly consisting of characters known from the predecessors) and explores the world to set things right.

Once again, this installment changes the game mechanics and now uses an action-based combat system. The player controls only the main character and performs attacks, blocks and dodging rolls by pressing buttons; two AI controlled party members tag along. The shadows play an important role: there are overall six ones available which have different active and passive abilities. The player assigns one shadow to each party member which influences their stats and only these equipped shadows (not the party members themselves) earn experience points after won battles and eventually level up and gain additional abilities. The main character can assign these abilities to the skill bar (not limited by the equipped shadow) and unleash them during battle.

Quests, dungeons and boss fights are started by talking to characters on the hub world Neo Jibral Castle Town. While many of them are only unlocked after beating other missions, they are independent and transport the party to another area when started. The player and the party members can be equipped with weapons and equipment which improve their statistics and elemental powers/resistances. The crafting systems uses found treasure and old items to create new equipment. Other items like healing potions can only be applies outside combat.