Age of Empires: The Age of Kings 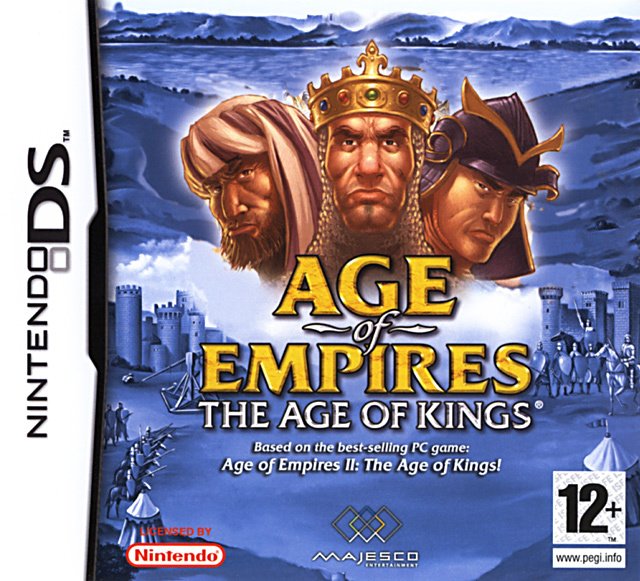 By CorbeauSolitaire : July 13
Based upon Ensemble Studios' Age of Empires II: The Age of Kings, this addition to the Age of Empires series shifts from its real time strategy roots to a DS exclusive turn-based strategy title, though the same goals still apply. Command and rule.

Using the DS touch screen, players must guide their chosen empire in a series of battle campaigns, utilizing a number of units, strategies, and hero units in battle, while also constructing a town to provide new units and upgrades.

Five different civilizations are available: Britons, Franks, Mongols, Saracens, and the Japanese. Each has a unique hero unit, for example Richard the Lionheart (Britons), Minamoto Yoshitsune (Japanese), Joan of Arc (Franks) or Genghis Khan (Mongols), who all provide a number of advancements during battle.