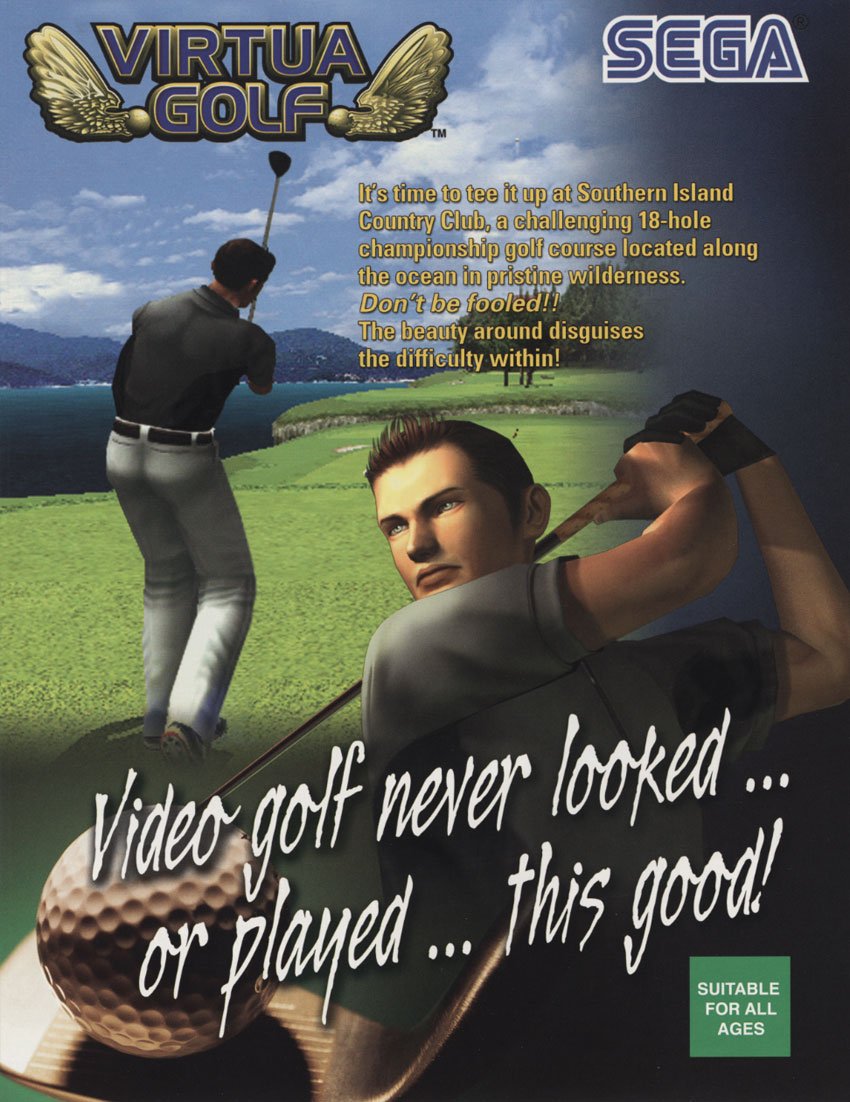 By GambierBae : February 9, 2021
Virtua Golf is a golf simulator for arcades that can be played by up to four players depending on the mode. The game is viewed from a third person perspective and is controlled with a trackball as well as four buttons. By rolling the trackball towards the player the power of the shot is adjusted and by rolling it towards the screen the shot is made. If the player keeps rolling the trackball immediately after the shoot it is possible to apply top spin or back spin. When adjusting the power of the shoot and indicator on the mini map shows how far the ball might travel although this is also affected by wind and undulation of the ground. The buttons are used for moving the golfer as well as controlling the camera.