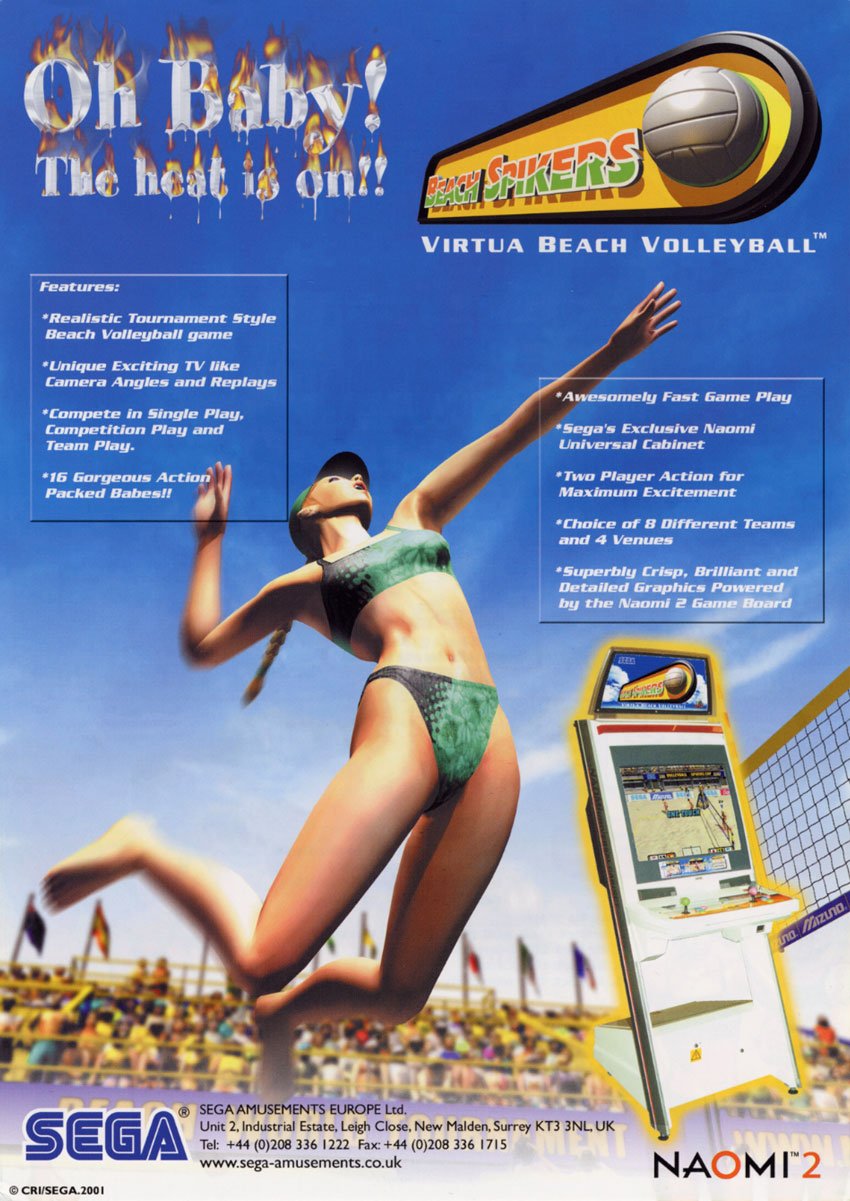 By GambierBae : March 9, 2021
Based on the sport of beach volleyball, Beach Spikers revolves around two-on-two matches where a volleyball is hit back and forth over a net until one side allows the ball to touch the ground. Similar to Sega's Virtua sports games, most of the gameplay in Beach Spikers is based around the concept of "charging" the strength of moves, judged by how long the button is held prior to release at the point of which the move is executed. There is a button for setting (passing) and a button for rallying (sending the ball over the net) which, combined with how long the button is held to determine strength, is the basis for the way the entire game is played.