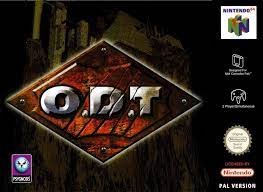 By Tanuki78 : July 10, 2021
ODT, Or Die Trying, is a video game created by Psygnosis for the PlayStation and PC. Its style of gameplay is a 3D action adventure, with some RPG elements. Playing as 1 of 4 characters, your goal is to explore the “Forbidden Zone” to look for gas canisters to reinflate your balloon, which had crashed on the roof of a mysterious tower. Along the way you solve puzzles, battle monsters, and so on. A N64 version was completed but never released, though it has somehow been leaked online