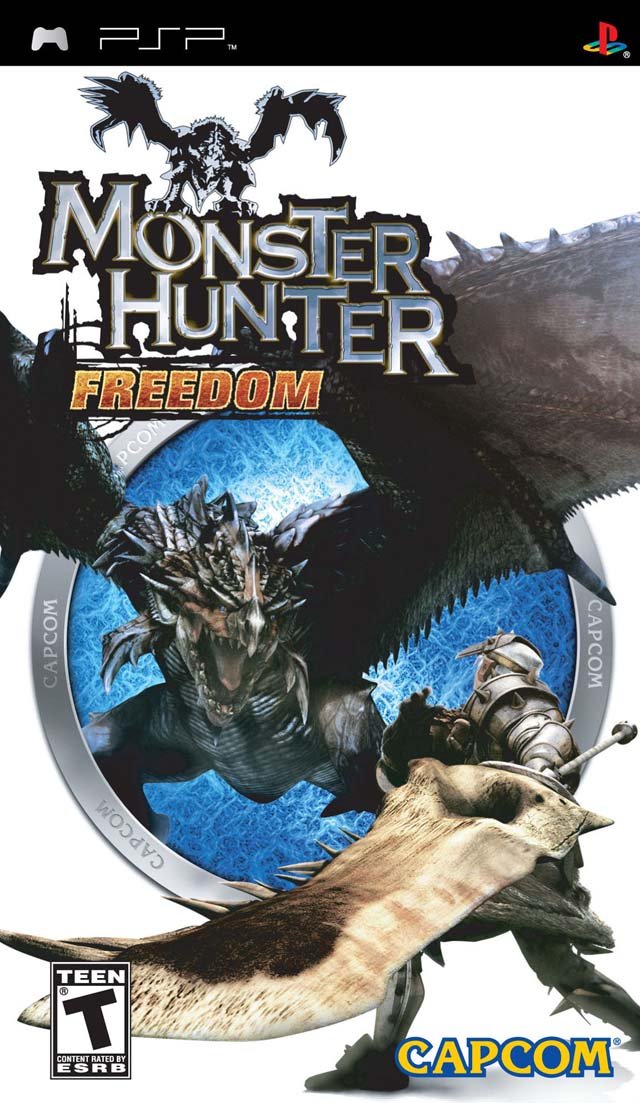 By Tanuki78 : October 10
Monster Hunter Freedom is a port of the Japan-only Monster Hunter G, a sort of follow-up to the original Monster Hunter - more of a director's cut of the game. While a good deal of the game mirrors the Playstation 2 original, there have been a large number of additions. There are now more quests, more monsters, more weapons, more armor and more areas around town to use to your advantage.

You now have a farm that sits just outside of town. You'll have access to some mining veins, bug catching spots, a dock for catching fish and a garden. This means that now you can gather materials when you're between missions, which doesn't eliminate the need to gather things while on the hunt, but it does make it less of a hassle. Another extra area is the training school. Here you can partake in hunts with specific limitations; you have a specified item and equipment layout, and have to take on larger prey within a shorter time limit. It's tough to be sure, but it also opens up the ability to produce some very special and powerful new weapons.

There are some insanely difficult hunts you can take later in the game. As for the new creatures, they run the gamut from having added colors (with new armor options to match) to totally new monsters (like a battle-worn wyvern with a huge mean streak). As an added bonus, not only can you make new types of armor from these new critters, but you can (in some cases) make more armor from classic monsters.

The controls on the PSP are a little different. While the PSP does lack two shoulder buttons and a second analog stick, players just press two face buttons instead of swinging the right analog stick. Triangle, Circle, and Triangle and Circle combined unleash three different types of attacks, while holding the right shoulder button blocks (or charges to attack if you're using a hammer). Multiplayer is limited to Ad-Hoc, so no going online to form a hunting party.