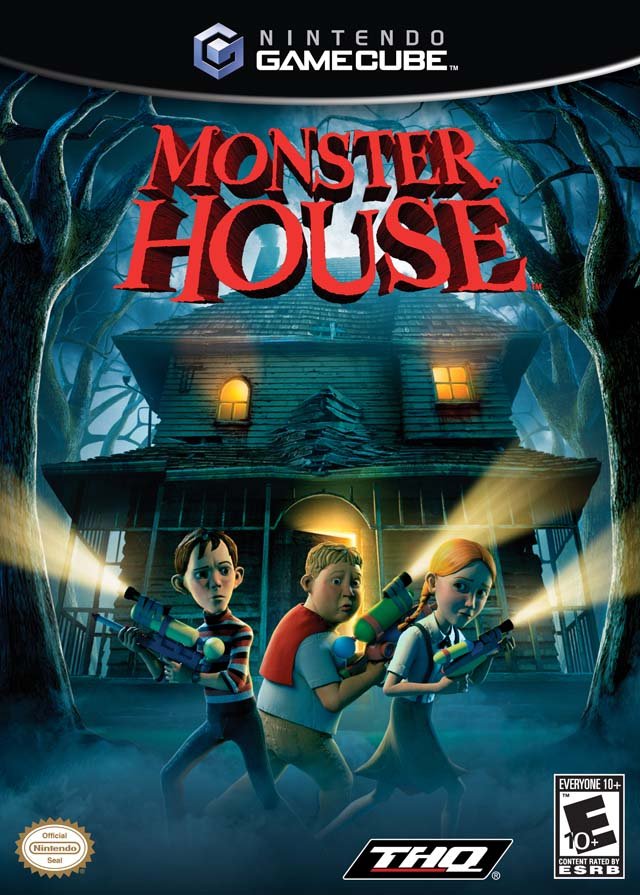 By LermiteRaijin : April 28
Monster House is based on the 2006 animated film of the same name.

In the game players have to explore the house while taking on the role of the three children (the game will automatically switch to a different character as the story calls for it). Each child is armed with a water blaster and a melee attack to take out enemies. The water blasters reservoir will get drained each time it's fired and will require an occasional re-pumping to refill it. Also, each child has a unique limited ammo weapon, DJ has an instant camera which can stun enemies with its flash, Jenny has a slingshot which shoots marbles, and Chowder has water balloons to soak enemies. Players can find items like keys to unlock doors, cans of pop to regain health, and arcade tokens which can then be used to play a mini-game called Thou Art Dead, a side-scolling action game. The various bathrooms found through out the house are safe zones and will allow the player to save their game. Also, finding toy monkeys scattered through out the house will unlock game art which can be viewed in the game's Gallery mode.